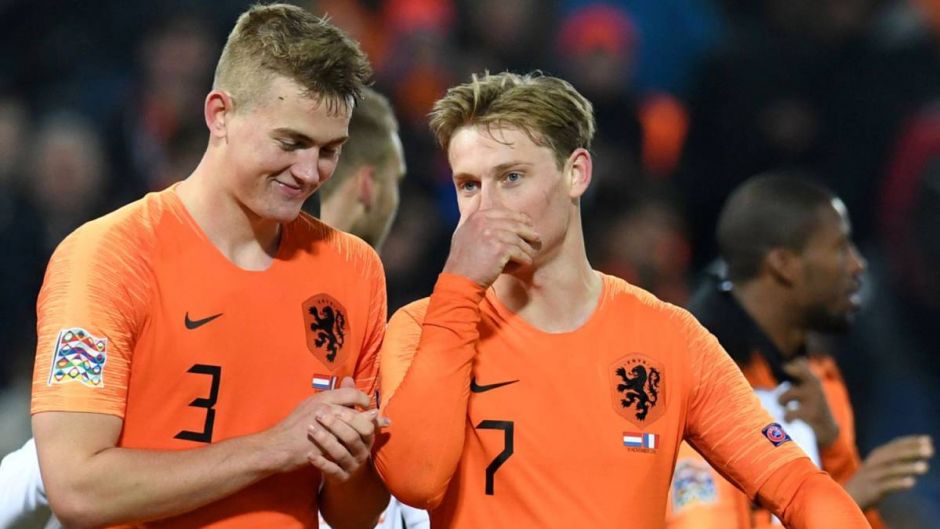 De Jong to Juventus? One player could make that transfer happen

Juventus remains interested in a move for Frenkie de Jong and his transfer could see Matthijs de Ligt move the other way.

Tuttojuve speculates that Barcelona hasn’t entirely been convinced by the performance of De Jong so far.

Interestingly, the report says De Ligt is in a similar situation at Juventus where he continues to fall below expectations.

This has now opened the door for both clubs to swap players even though this report hasn’t been confirmed just yet.

Juventus has several underperforming midfielders at the moment and it would make no sense for them to add De Jong to their squad if he is struggling in Spain.

Also, reports of De Ligt’s struggles are rubbish and the centre-back remains one of the most reliable players at Juventus right now.

In the absence of either Giorgio Chiellini and Leonardo Bonucci, he would start.

Keeping him in Turin would go a long way in ensuring the Bianconeri have a good successor for Chiellini when he retires.

The last time Juventus and Barca exchanged players, the Bianconeri got Arthur and the Brazilian has been struggling with his fitness since he made the transfer to Turin.

Adding an underperforming De Jong to the likes of Weston McKennie and Aaron Ramsey makes no sense.

Do you agree with Zibi Boniek’s opinion of De Ligt?