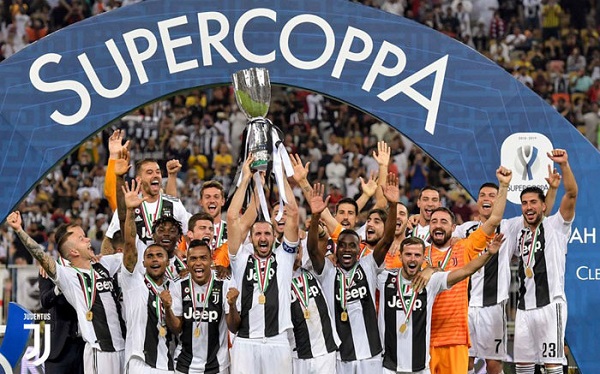 Napoli has offered an explanation as to why their President, Aurelio De Laurentiis, requested that the Supercoppa Italiana game between them and Juventus be postponed.

After getting their 3-0 league loss to the Bianconeri overturned last month, it seemed like the Partenopei were asking for too much too soon.

But they have now clarified that they made the request because if the match went on at a later date, then there would have been the possibility of the game being played in front of some fans.

They also said that he thought that with more time, more money would have been made from sponsorship deals which would have been donated to the fight against the coronavirus pandemic.

“SSC Napoli will play in the Italian Super Cup match against Juventus, scheduled to take place in Reggio Emilia on Wednesday 20 January,” Napoli said in a statement via Football Italia.

“It is true that club president Aurelio De Laurentiis had asked for the match to be moved to the end of the season or to a potential date in the spring, for a number of logical reasons.

“This was always no more than a proposal. If the match had been played in the spring, there would have been hope of opening the venue, even partially, to supporters.

“In addition, De Laurentiis’ proposal was aimed at seeking more funds, from regional and state authorities and various sponsors, to raise a significant sum to donate to research against Covid 19.

“SSC Napoli acknowledges that this request was not accepted and will be present on Wednesday in Reggio Emilia to play Juventus in the Super Cup.”

With an already congested fixture list, it made no sense that Napoli wanted to move yet another game.

Juventus will look to beat them and win the first trophy of the Italian season, which would be a good start for Andrea Pirlo.