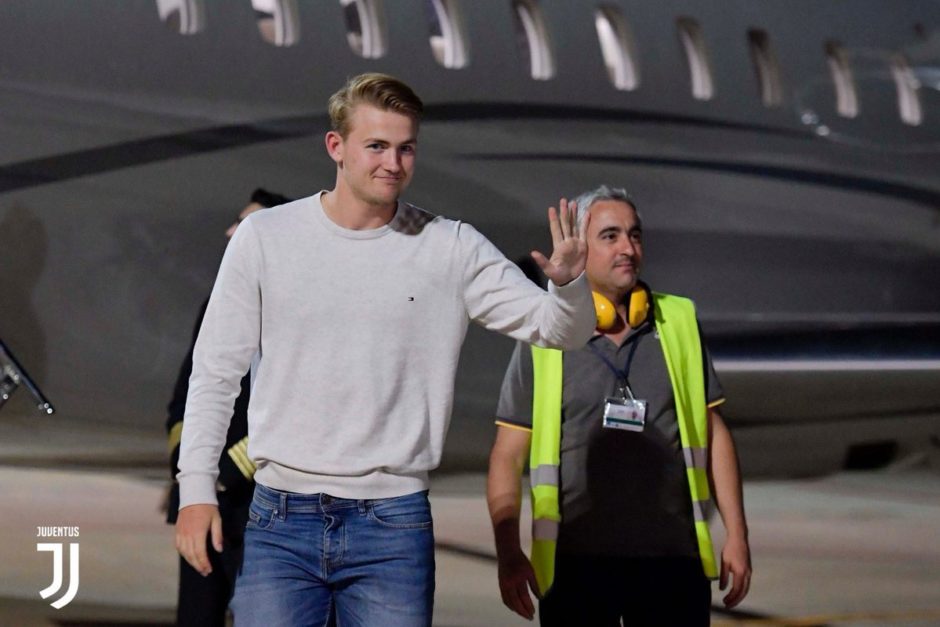 Matthijs De Ligt says he joined Juventus because of he ‘fell in love with the way they defend in Italy.’

The new Juventus signing was announced earlier today and gave a farewell interview to former club Ajax where he explained his reasons for leaving the club and why he chose the Bianconeri.

“I have played 10 years here in the youth academy, and 3 years in the first team,” he told Ajax TV,  “But unfortunately I have to take a next step now.

“Why Juventus? Since a kid I have been fascinated by the way Italians defend. Many examples are Italians for me: (Paolo) Maldini, (Franco) Baresi, (Alessandro) Nesta, (Fabio) Cannavaro, (Gaetano) Scirea, and I can go on and on. I fell in love with the way they defend in Italy.

“It’s emotional for me to leave this club. I experienced sad moments and beautiful moments, it’s been a rollercoaster.

“But in life there always comes a goodbye. I will miss everyone here at this club. And who knows what the future will hold.”

De Ligt is expected to be presented to the media tomorrow before departing on Juve’s tour of Asia.