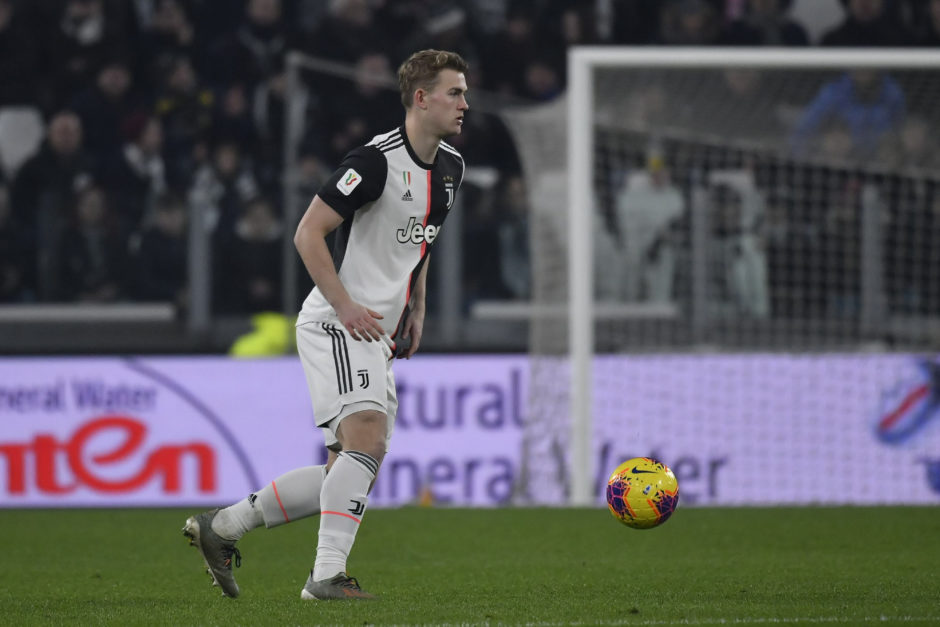 De Ligt: ‘I used to play as an attacking midfielder’

Matthijs De Ligt revealed he used to play in attacking midfielder and didn’t like playing as a defender when he made the switch.

The Juve defender spoke to the Champions Journal, starting with explaining the importance of having the right mental attitude.

“It is important to know for yourself if you are mentally correct; if you are ready, nobody can stop you,” he told the magazine.

“This is the thing that I started to understand: ‘To take a step back and see things that perhaps can be improved’. This is what I do. What I would say is that mental ability is really important for defenders.

“Up until I was 15 years old I was an attacking midfielder, I played a lot in midfield, I scored a few goals, I provided assists, and then suddenly they told me that it would be better for my career to go back one position from midfield.

“Originally I thought “I don’t like being a defender,” but now I’m starting to understand that the way I was raised as a midfielder is helping me, so, I’m really happy that this was the development I had to face.

De Ligt has been under the tutelage of not only Maurizio Sarri, but legendary Dutch defender, Ronald Koeman.

“I am learning a lot from him,” says De Ligt, “he tries to help me in specific situations and has already worked with Van Dijk in the past, so he tries to make us work together in the best possible way. He shares all the advice he has received during his football career.”

The youngster has also been learning from Leonardo Bonucci, his Juve teammate.

“It’s nice to play with one of the best players in the world and I think we’re a good duo.

“At Juventus, with Bonucci and Chiellini, there are defenders with a lot of experience who know what it’s like to play in defence, so I try to learn from them.”