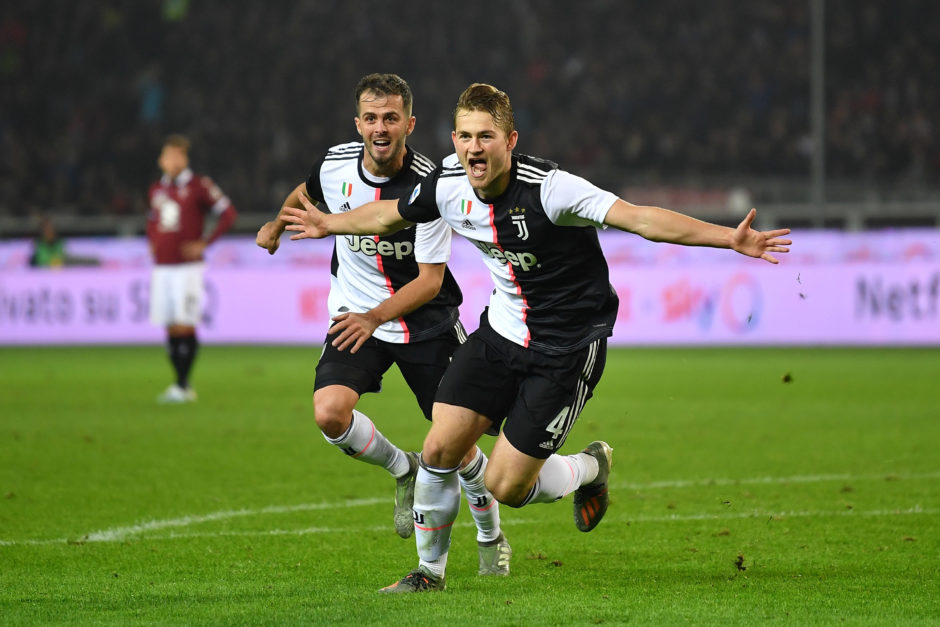 De Ligt: ‘Juventus was the best choice for me’

Matthijs De Ligt says joining Juventus was the best choice for him, despite having a number of offers last summer.

The 20-year-old turned down the chance to join Barcelona, Manchester United and Paris Saint-Germain in favour of a move to Turin.

Speaking to teammate Wojciech Szczęsny for the ‘Prosto w Szczene’ program on Youtube, De Ligt was asked if  Cristiano Ronaldo talking to him after Holland’s match against Portugal was a  deciding factor in him joining Juventus.

“No, that wasn’t the reason,” De Ligt explained,  “I had a lot of time to choose between the clubs I could join, and when I put everything on paper, Juventus was the best choice for me. ”

The Dutchman was captain at Ajax prior to his move to Italy, so was it difficult to adapt to a dressing room and club full of successful leaders?

“Juventus told me: ‘Alright, you’re young, but the reason we want to buy you is because you’re really mature, you know how to handle pressure. It’s going be difficult for you but we have confidence in you.”

“When I entered the Juventus dressing room for the first time, I was like a kid in a candy shop: ‘There’s Buffon! There’s Ronaldo!”

“I arrived later than everyone else (last summer) and I went straight into the tour of Asia. I didn’t even train and I had to play two days later against Spurs. After 20 minutes I couldn’t breathe any more….

“In the beginning I wasn’t as fit as the year before. At Juve, we play zonal marking, before, I always played man marking. I had to get used to when to press and when to move backwards.”

De Ligt famously struggled to adapt in the early period of his Juve career due a to a string of unfortunate handball incidents.

“I was in the shower after the Torino game and the others were saying ‘It’s unbelievable, it’s like there’s a magnet in your arm!”

“When I make a mistake or handball, I’m not the kind of guy to get upset if someone says something. I like to make a joke about it.”

The youngster has access to a wealth of experience from teammates Giorgio Chiellini, Leonardo Bonucci and Virgil Van Dijk.

“I talk a lot with these guys about how they see situations, and also how calm they are and you try to pick some attributes from them to improve your own game. But the most important thing is to observe them but not change your own style.

Rolando Mandragora to return to Juve and other mutterings…