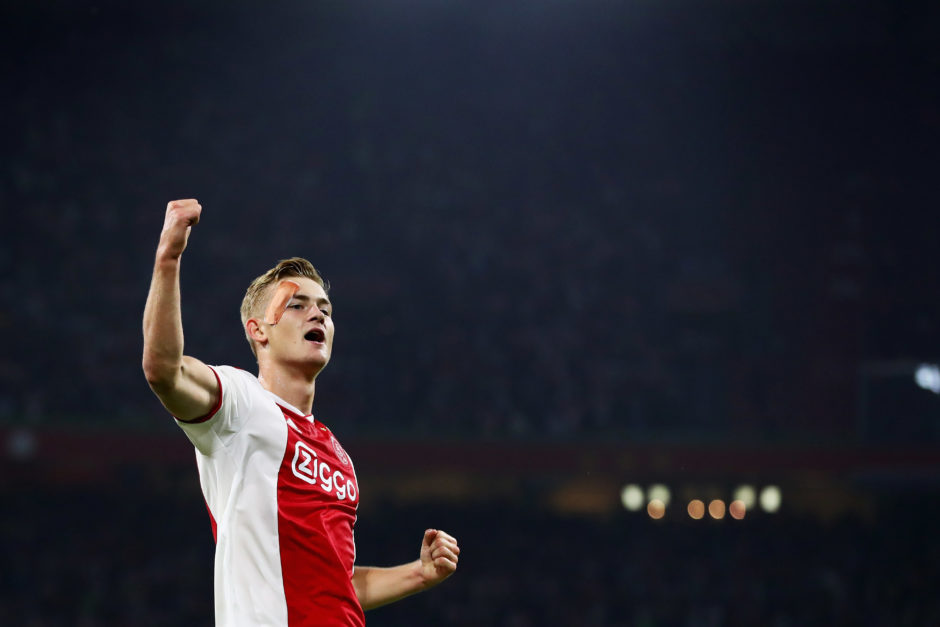 Juventus are aiming to have Matthijs de Ligt in Turin by next week with his medical scheduled for Wednesday.

The latest reports from across Italian and Dutch media suggest that the Bianconeri have already tied up a deal with the player and his agent and are now finalising the move with Ajax.

Juve are reportedly in pole position as they negotiate the transfer fee with Ajax, although there are differing reports over the exact figure.

Tuttosport report that Juventus are now aiming to have De Ligt in Turin for his medical and to begin pre-season training by Wednesday, meaning a move could be completed over the weekend and announced by Monday.

The Turin based daily suggest Juve could look to spread the €75m asking price over the course of the next few financial years or possibly take advantage of Ajax’s interest in Moise Kean who has already been approached by Ajax in previous months.

As Mino Raiola represents both De Ligt and Kean, it may make the deal all the more plausible as Paulo Dybala is likely to stay in Turin while the future’s of Mario Mandzukic and Gonzalo Higuain are uncertain for now.

Corriere dello Sport report along similar lines, however they believe the two transfers would be entirely separate deals as Juve would retain a buy-back clause on Kean.