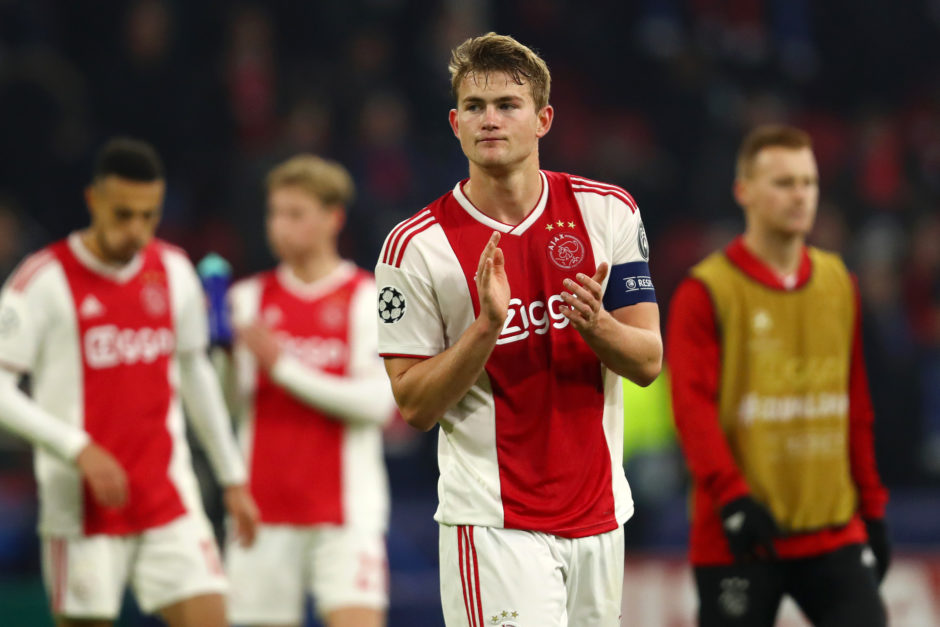 The Dutch defender was expected to follow teammate Frenkie De Jong this summer in making the switch to Barcelona, however reports from  Spanish media suggest that may no longer be the case.

Cadena SER claim De Ligt has rejected an offer from Barcelona on economic reasons, deeming it unsatisfactory, leaving only three teams in the running to sign the 19-year-old.

Juventus PSG and Bayern have reportedly presented the most attractive proposals to the Ajax captain while the Bianconeri can boast strong relations with his De Ligt’s agent, Mino Raiola.

Despite Juve’s strong interest which dates back over a year, PSG remain the favourites to snag the youngster, given the staggering offer they reportedly made just a few week ago.