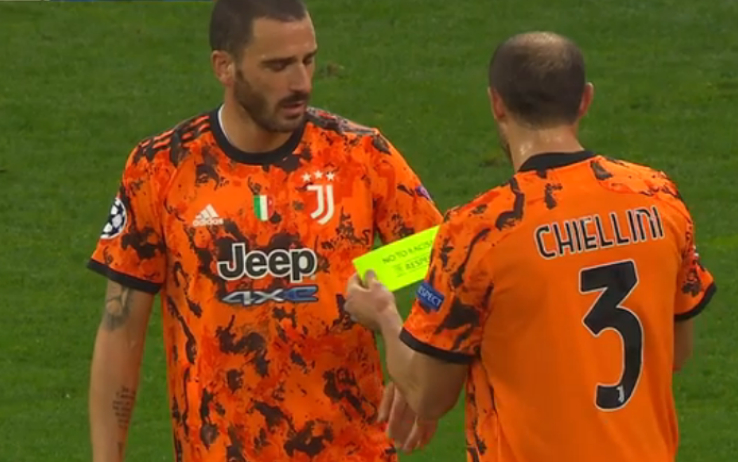 Leonardo Bonucci will now miss Barcelona‘s visit to the Allianz Stadium this week, joining Giorgio Chiellini on the sidelines at Juventus.

The pair have been the first-choice pairing since the start of the season, albeit with Matthijs de Ligt missing with his own injury, but both are now expected to miss this week’s Champions League clash after Bonucci was forced off last night, Goal confirmed.

The Dutch defender is believed to be nearing a return to action, but he was assessed ahead of yesterday’s encounter and deemed unavailable for selection, which is a worry ahead of Wednesday.

Should he remain unavailable, we could well see Gianluca Frabotta and Danilo, two full-backs, filling in either side of Merih Demiral in a back-three, and they will need to enjoy the game of their lives to shut-out Lionel Messi and co.

We also run the risk of losing de Ligt for an extended run if we were to rush him into selection, but rolling over against Barcelona would likely mean conceding top spot in the Champions League group, and putting more pressure on our side for the remainder of the campaign, although our win in Kiev should leave us with some wiggle room.

Could we see a youngster promoted to the first-team to make their senior debut against Lionel Messi’s Barcelona? Will one of our other players have to play as a makeshift centre-back if De Ligt isn’t ready to feature? Should we risk rushing him back this week?