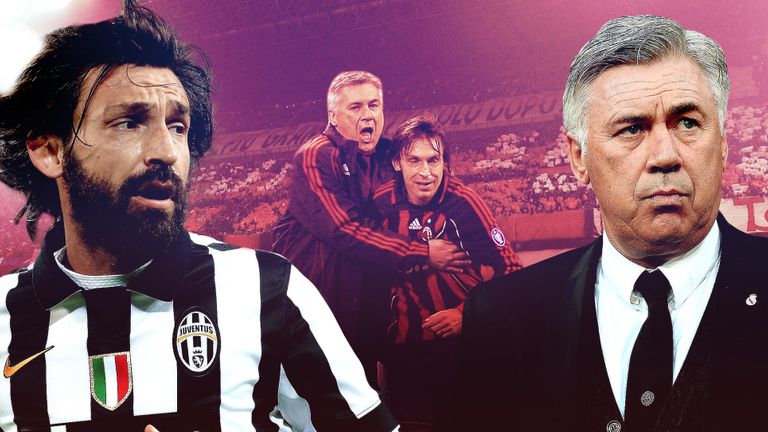 Everton are in talks with manager Andrea Pirlo about their vacant managerial position.

The Italian endured a difficult opening season as a coach, having taken over from Maurizio Sarri at Juventus last summer, but left Turin with his head held high.

Pirlo led his team to win both the Supercoppa Italiana as well as the Coppa Italia, before guiding his team to a top-four finish, securing Champions League football in the process.

His relative success wasn’t enough to convince Juventus that he should be given the job in the long-term however, and he has since been replaced by former boss Max Allegri, but he could well be set to take over the reigns of another former Italian.

Carlo Ancelotti recently agreed a deal to leave Merseyside and return to Real Madrid, leaving Everton without a coach ahead of the new season.

Pirlo is now claimed to be in talks over the possibility of taking over at Goodison Park, according to Calcio Mercato(via the DailyStar).

Bookmakers are not convinced Pirlo however, with Nuno Espirito the odds-on favourite to take on the role after leaving Wolves recently.

Could the Everton job be an attractive opportunity for Pirlo? Would they be able to back him to build his own team this summer?