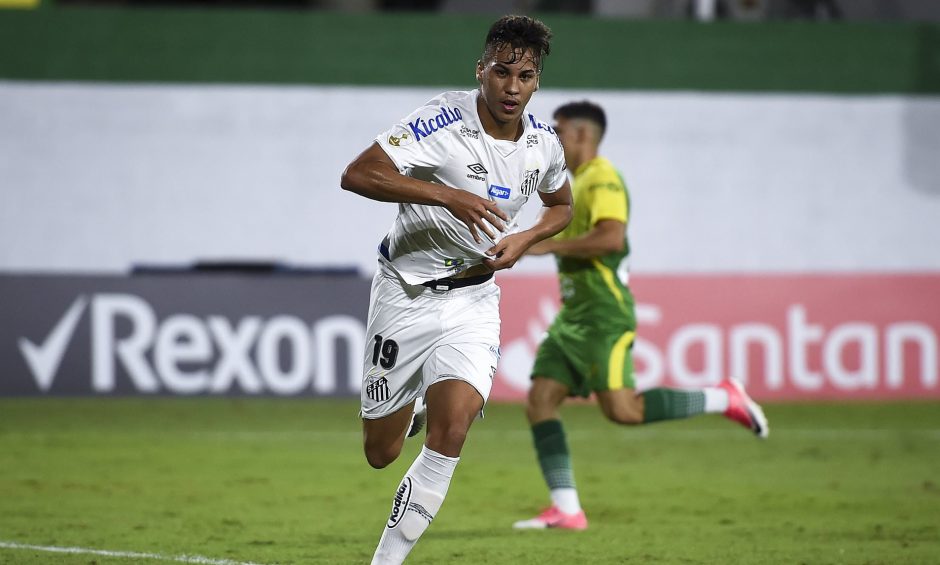 Despite being only 19 years of age, Kaio Jorge is already sparking the interest of numerous top European clubs. Recently, it appeared that Milan have become the favorites for his signature.

However, the Rossoneri are yet to agree terms with the player’s club – Santos – opening the door for Juventus to pounce on the situation.

According to Sky Sport Italia via Football Italia, Paolo Maldini and company aren’t willing to raise their offer for the young ace above 6 million euros.

The Brazilian’s contract with his current club expires this December, and the Diavolo are confident that they can land him as a free agent in January, in case Santos refuse to sell this summer.

However, the report claims that the Brazilian club is hoping to spark a bidding war for Kaio, setting their asking price at 10 millions, and the Bianconeri are willing to take part.

Nonetheless, Milan are said to have agreed personal terms with the young striker, which is why they still consider themselves as the favorites to seal the deal.

Moreover, it seems a little unlikely that Juventus would be willing to bid 10 millions or more on a player with an expiring contract, especially when they are still struggling to close the deal for their primary transfer target, Manuel Locatelli.

Report: Atalanta change their mind on Juventus player as they chase another target