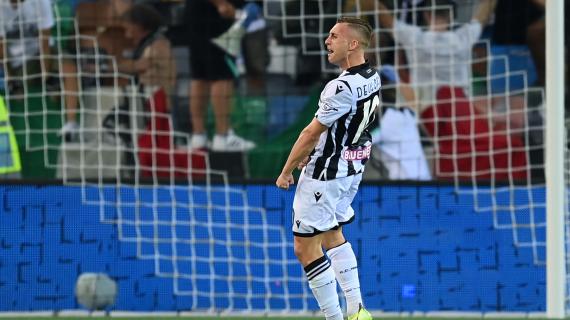 Gerard Deulofeu has revealed that Udinese came back for the second half of their match against Juventus pressing better and that helped them to earn a point against the Bianconeri.

Juve had raced into a 2-0 first half lead as the Udine side started the game slowly and were punished.

It seemed it would be yet another routine win for the former champions who are keen to win the title again in this campaign.

However, Udinese steadied the ship and didn’t concede again before halftime.

When they returned for the second half, they showed more desire to win and one way that was obvious was how relentlessly they pressed the Bianconeri into making mistakes at the back.

They got their due reward with two goals in the second half but could have lost the game if Cristiano Ronaldo’s late header had stood.

However, they deserve the point and Deulofeu said after the match to DAZN as quoted by Football Italia:

“We didn’t start well, you must be perfect against big clubs, there’s no room for mistakes and that’s what we did in the second half.

“We scored two difficult goals, we must do the same for the entire game the next time. We improved when we pressed high up the pitch, that’s what you must do against top clubs, with personality. It’s a great start.”

Allegri says Udinese draw will serve as a lesson to Juventus