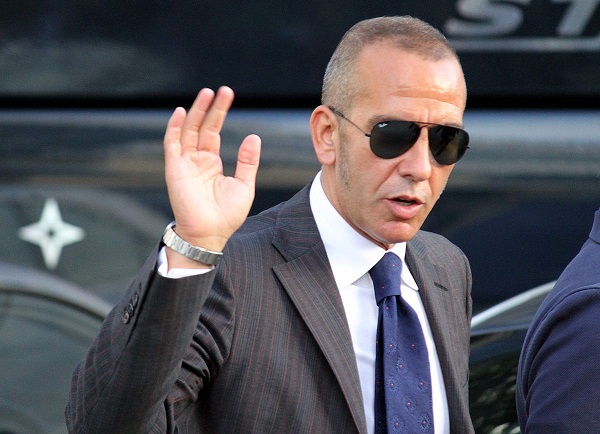 Ronaldo left Juve for United last week in one of the biggest transfers of this summer.

His move shocked some fans who had expected him to remain at the club for another season as only a few clubs came forward to land him initially.

He, however, walked out on Juventus and United eventually swooped to sign him.

While they would miss his goals at Juve, Di Canio wonders why United has signed him considering that they have so many attacking talents.

He claims Ole Gunnar Solskjaer plans to play him as a striker, but Ronaldo isn’t one and wouldn’t enjoy that role.

He would want to play on the left of attack, but United also has the likes of Jadon Sancho, Anthony Martial and Marcus Rashford who play in that position.

“I am one of those looking at this move and thinking: ‘He is back where he began his incredible career.’ He has grown as a man and as a footballer in Sir Alex Ferguson’s Man United,” the 53-year-old told La Gazzetta dello Sport’s podcast In The Box via Football Italia.

“However, I need to consider everything. It’s a great move for merchandising, for Ronaldo and Manchester United’s visibility, even if they don’t really need it. Individually, Ronaldo’s last season at Juventus was great, he scored 30 goals,  but a champion needs to win the trophies.

“Man United is the best team for him because everybody loves him at the club. The fans don’t look at his age, he is a club’s icon. It’s an investment for the moment. I saw [Ole Gunnar] Solskjær and he was as happy as a kid, but he’ll have to manage him,” he continued.

“Ronaldo will improve United’s technical level, but he joins a team with many strikers and wingers. Solskjær said he sees him as a centre forward, but Ronaldo didn’t want to do it at Juventus.

“I still see him starting on the left, but United have other players in the same position, including Jadon Sancho, who was paid €85m but has been struggling to settle in so far.

“Rashford will return, Greenwood and Martial too. Solskjær leaves his strikers free up front, so this could be good for Ronaldo.

“There is enthusiasm, but it remains to be seen if Ronaldo will be a cumbersome presence as Zlatan was. Sometimes young players without much personality didn’t understand he wanted the best from them.”

There will be no Allegri-Pjanic reunion as he joins Besiktas