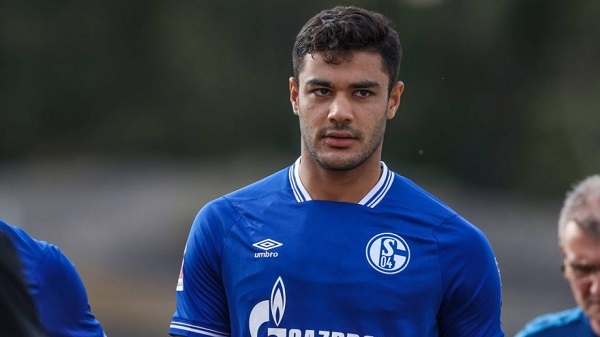 Ozan Kabak has recently completed a deadline move from Schalke to Liverpool.

The young defender joined the Reds on an initial loan deal until the end of the season, which could become permanent for a total fee of 25 million euros.

The 20-year-old will bolster the backline of the Premier League champions which has been ravaged by injuries throughout the season.

Virgil van Dijk, who is considered by many observers as the best center back in the world, might not play another match for the English club this season.

So whilst the Turkish defender is preparing to begin a new exciting adventure at a top European club, things could have turned out differently for the young man.

According to famous Italian journalist Gianluca Di Marzio (via ilBianconero), Kabak could have joined Juventus or Inter two years ago.

The report claims that the two Italian giants weren’t only interested in the player, but they were actually engaged in negotiations with his former club Galatasaray.

Di Marzio explains that the Bianconeri and the Nerazzurri were ready to pay the defender’s buy-out clause which was set at 7.5 million euros.

However, Stuttgart entered the race for the young man’s signature and ended up outbidding the Italians with an offer of 11 million euros.

Therefore, Kabab eventually joined the German club in January 2019, before being sold to Schalke few months later for a profit.

Meanwhile, the two Serie A clubs chose to focus on other transfer targets.

In Juve’s case, they consoled themselves by shifting their focus on signing Kabak’s compatriot, Merih Demiral.