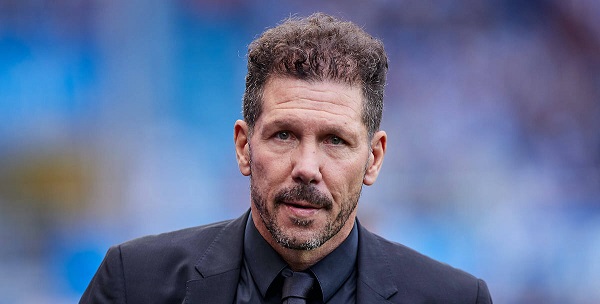 Diego Simeone gives his opinion on the Serie A title race

The Argentinian played for Inter Milan during his playing days and he has a keen interest in the competition.

He has become one of the finest managers in Europe now and is preparing his club to face Manchester United in the Champions League.

Ahead of the game, journalists asked him about the Serie A title race and he predicts that Juventus, Napoli, Inter Milan and AC Milan could all win the competition.

With little surprise, he admits he would love Inter to win another league crown.

He said via Football Italia: “There’s a good challenge for the Scudetto, Juve won’t give up and there’s also Inter, Milan and Napoli, but it would be great to see another title for Inter.”

The current title race is one of the most unpredictable we have had in a very long time.

After Juve dominated the competition for years, it is finally becoming more competitive.

The Bianconeri didn’t start this season well, but their form in this new year could lead them into the top-two soon if the clubs above them keep underperforming.

For now, we just need to focus on winning our matches one game at a time.

PSG weighing up a swoop on Juventus for very important individual