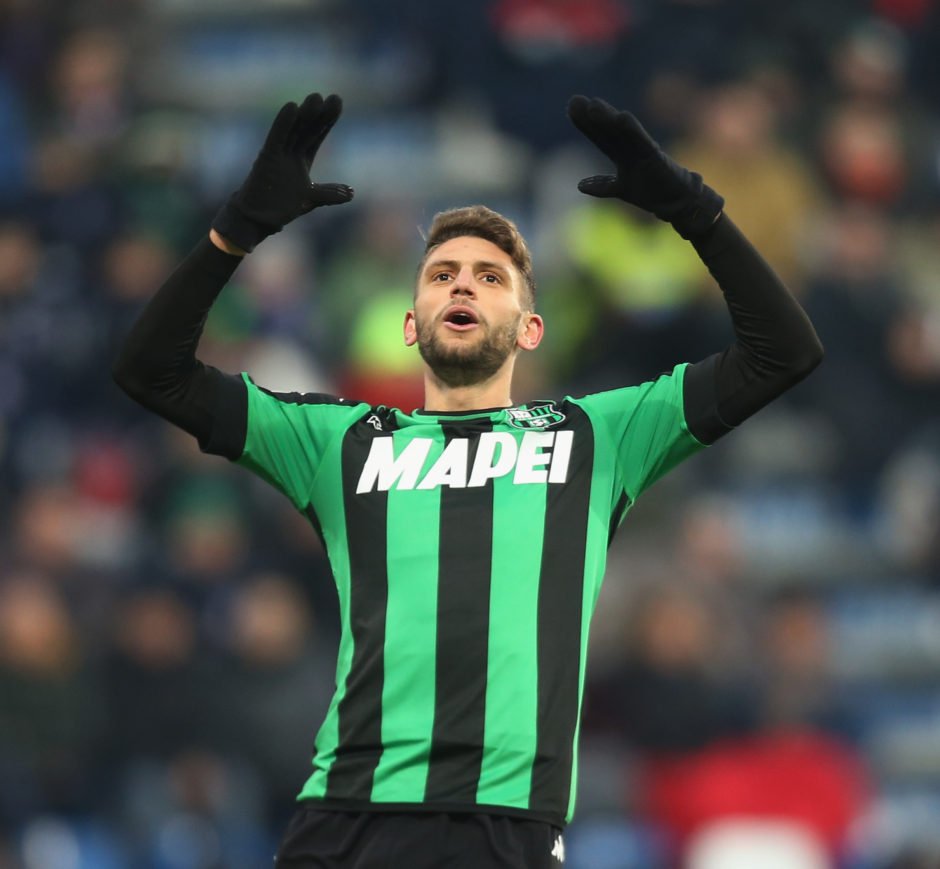 Domenico Berardi has confirmed he was “closer to Juventus” than Inter Milan and sees Del Piero in himself.

The winger opted to remain at Sassuolo last summer, despite having the option to move to Juventus, and later suffered an injury that kept him out for much of the season.

“I had a difficult time, but thanks to the doctors I got through it,” Berardi told Sky.

“I’m better now and I hope to help Sassuolo do something more. Juventus and Inter? I’ve been closer to Juventus.

“Eusebio Di Francesco? We have an excellent relationship. We have ambitions and he has ambitions too, and it’s right that he could go to a big club in future.

“Who do I see myself in? In Del Piero, because he always impressed me with the way he played.”