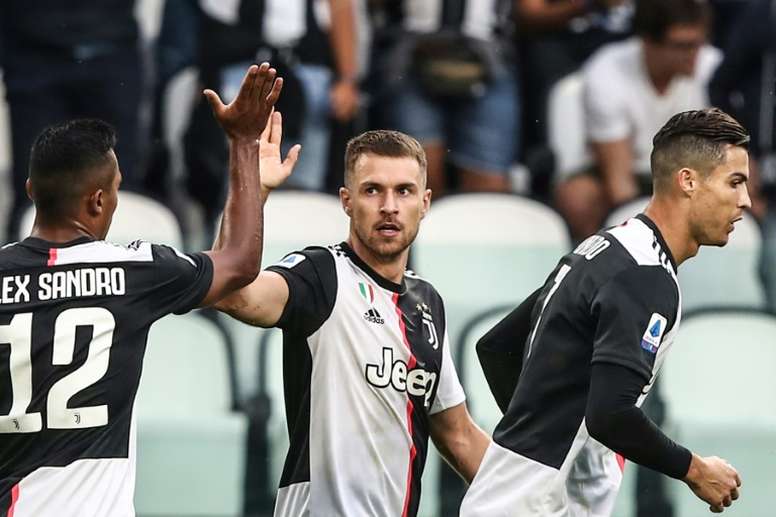 Double blow for Juventus ahead of fixture congestion

Juventus have two matches to play inside the next seven days, but look set to do so without Cristiano Ronaldo or Aaron Ramsey.

The Old Lady will host Crotone to the Allianz Stadium this Saturday evening, before making the long trip to Ukraine to take on Dynamo Kiev in the opening group game of the Champions League.

Welsh midfielder Aaron Ramsey is set to return to Italy having been withdrawn from the upcoming fixture Bulgaria through injury, as confirmed by the Welsh FA, in what is a huge blow to their chances, but could well have bigger implications on our season too.

We have already dropped points in the league at this early stage in the season, in a 2-2 draw away at Roma, while we sit two to five points adrift of the top. We of course still have the matter of the Napoli fixture to be decided, with either a win to be handed to us for their failure to appear, or the rearranged fixture, which would likely see us close that gap to the top.

While we may thank ourselves that the next fixture is in fact Crotone, who have started the campaign terribly, losing all three outings whilst shipping in 10 goals thus far, playing without key duo Ramsey and Cristiano could be a struggle.

Travelling to teams in Russia and Ukraine have proven extremely difficult for a number of big sides in previous years, and this could well be the worst time to lose players however.

With Barcelona drawn in our group, you would want to secure wins over the likes of Dynamo and Ferencvaros to secure your route into the knockout stages, and missing Cristiano, who may be forced to stay in Portugal to self-isolate after the Mirror revealed that he tested positive for Covid-19, will be a massive loss.

Does the Juventus squad have more than enough talent to cope with the likes of Crotone and a trip to Dynamo without issue?

Juventus have to win the Champions League, they can only underachieve for so long