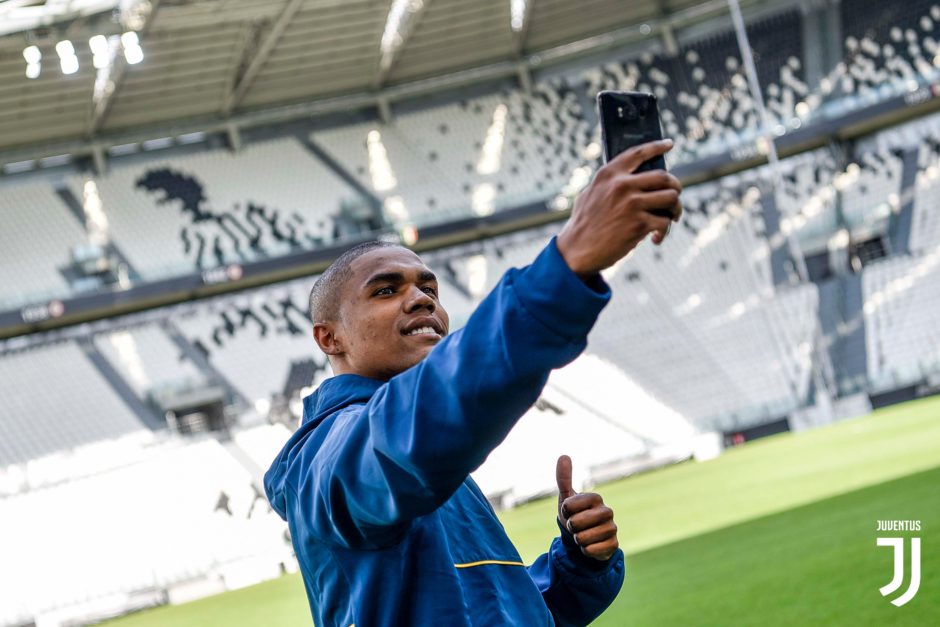 Douglas Costa says he’s “always liked watching Juventus” and wants to repay the faith Juventus have shown in him.

The Brazilian winger was officially unveiled in a press conference earlier today and spoke of why he chose the Bianconeri.

“Juve are a very big team and I’ve always liked watching them play,” he began.

“Their game is of the highest level and I immediately took the chance of playing here.

“Did I watch the Champions League Final? The Final was a tough match, but I’ve come here to help the team and I think I can. They were unlucky, and luck is needed in a Final.

“I’m very quick and I hope to fit in quickly. I don’t like physical contact very much, but I’ll adapt.

“Did I speak to Vidal or Alex Sandro? Arturo’s a great friend of mine, he told me that Juve were a great club with lots of fans, who would love me.

“I’ve talked to Allegri, who spoke to me before I signed my contract. He welcomed me, as have the whole team.

“It’ll take a while for me to develop an affinity with everyone and the environment here, but I’ve already been given some advice and I hope to come in handy right away.

“I don’t choose where to play, I’ll play wherever I’m asked to. Everything happened very quickly and I’ll give my best wherever I play.

“What made an impact on me is that Juve are a team that always win.

“They have a great chance of growth, I want to develop and I feel like I’ve joined the perfect team at the perfect time.

“Problems with Ancelotti? No, he’s a good person, it’s all the same.

“I’m thinking about myself, I want to develop and I didn’t have these possibilities at Bayern anymore. I’m very grateful to them.

“Can Higuain score 40 goals with me? Of course, he’s an attacker that I really like.

“There’s a lot of potential to score a lot of goals with him, just like there was with Luiz Adriano. That’s something else I can do here.

“Bonucci to Milan? I know that he’s an important player, he was here for seven years.

“I’m not in a position to evaluate this transfer. He’s left Juve and I’ve left Bayern, the Coach will decide where to play us.

“The Champions League? It’s a great thing for me. I’ve never won it, but I think I can help Juve get on top.

“Prove to Bayern that they were wrong? No, I don’t have to prove anything to them.

“I just want to show that Juve have done well to believe in me.