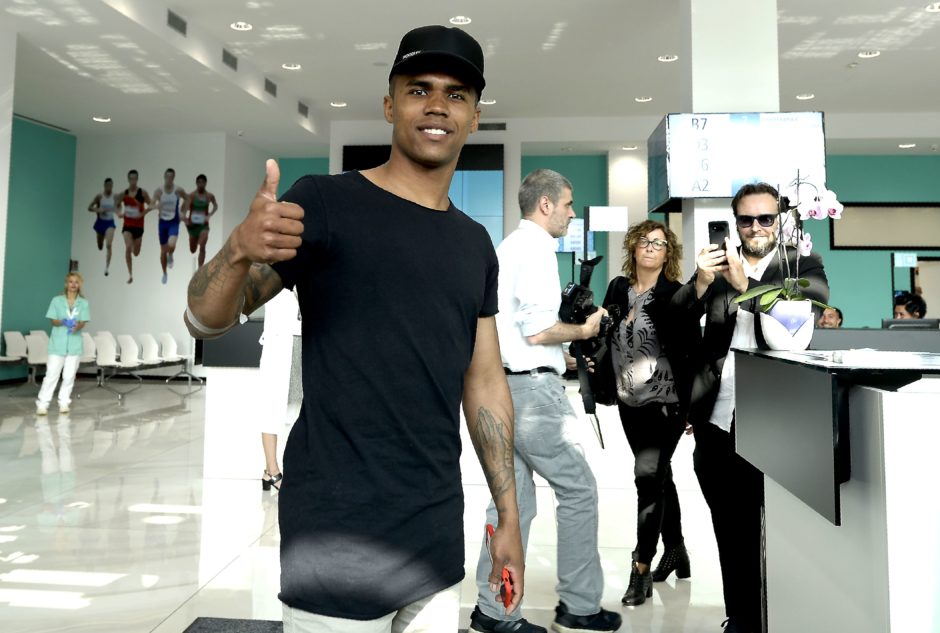 Douglas Costa says he feels at home at Juventus and joined the club to win everything, including the Champions League.

The Brazilian winger gave his first interview public interview as a Juve player, speaking to the Gazzetta Dello Sport about his reasons for joining the club and his ambitions for the season ahead.

“First reactions at Juve? I feel good, I feel at home. We work hard here and i’ve settled straight away.” He told the newspaper.

“I’ve started reaching the levels of my teammates. I know I am a little bit behind and I must work to reach even higher levels, to be as strong as possible and as fast as possible.

“Higuain? He’s a champion and a great teammate. Wherever I go I am a striker’s best friend: it happened with Luiz Adriano in Ukraine and with Robert Lewandowksi at Bayern. You see that with me they are comfortable and it will be the same with Higuain.

“I love playing with players of quality, like Pjanic. At Bayern there was Thiago Alcantara: I studied him and I learned a lot from him. At Juve I have been impressed by the quality. I hope to add my creativity.

“Why Juventus? Because in three years they have played 2 finals in Europe, they are the team with great will and the best chance of winning the Champions League.

“I want to enter into Juventus’ history. A year away from the World Cup I couldn’t have chosen a better club. I am here to win everything, including the Champions League.

“Preferred position? At Shaktar I played 5 years on the right, at Bayern with Pep Guardiola I played in every position. It’s better to play on the right to shoot and on the left to cross.

“Pep? After many years I wanted to avoid everyone thinking that I played just because he was the coach. I wanted to join Juventus to create new experiences, and to learn a different style of football.

Costa was asked about his first impressions of Max Allegri who pushed to bring him to Juventus.

“He is a coach who talks a lot to his players. He understands my potential and I feel I have his trust. He explains things then corrects mistakes. I have positive feelings, I think we will go far with this coach and this squad.

“Ancelotti? I feel as though he didn’t have enough time to see me, from my time with the National team and my injuries. I didn’t prepare for the season with him, something I had done with Guardiola. However, I had a good relationship with Ancelotti, we’re still friends.

The Brazilian was asked about the competition for the Serie A title next season and who may challenge the Bianconeri for the Scudetto.

“Juve are like Bayern, it’s a big team and other teams will give their all to win against us. Juve have so many fans and are known around the world.

“In Italy football is played perfectly in terms of tactics; It’s difficult to beat the defence. There needs to be patience, Milan and Inter have gotten stronger but Juve has the right players to win again.

“Memories of Juve as a kid? I knew Emerson, I remember the legendary squads of the 1990s-2000s, with Zidane, Del Piero, Ibrahimovic, Nedved.

“My idol? My favourite player was and always will be Ronaldinho. We are connected through Gremio: He played there and I started my career there at 12 years old.”

“Alex Sandro? Since we are both Brazilian we have the same affinity, we understand each other on the fly. He helps me.

“Vidal? Arturo is a friend, he explained to me the importance of Juventus and how the club is followed around the world.”