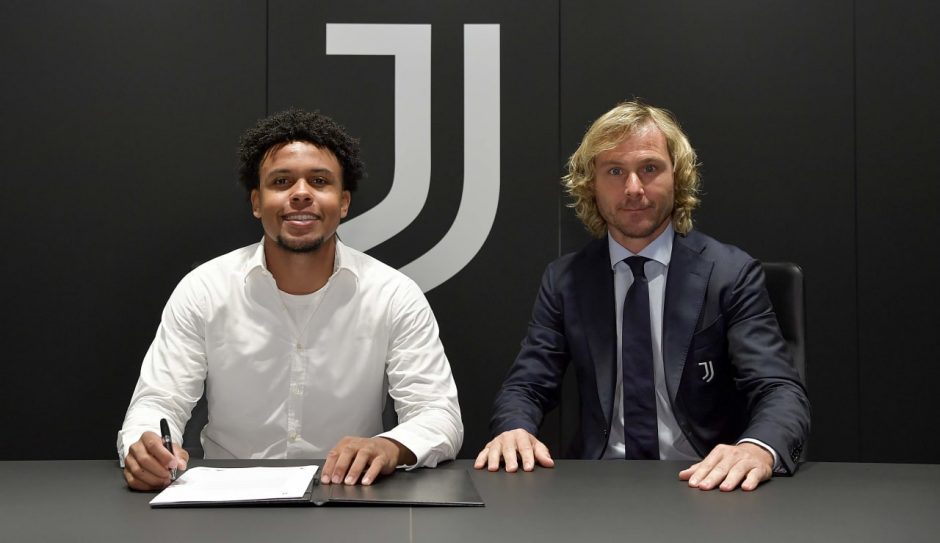 Weston McKennie’s representative says the players move to Juventus is ‘a dream come true’ and he ‘is everything a modern eight  needs to be, and he still has so much more room for growth.’

Speaking to TuttJuve, David Müller of the Wassermann Group agency offered his thoughts over the USA international switch from Schalke to Juventus last month.

What does Weston say about his new adventure at Juventus?

“Weston loves this experience, day after day he shows more and more enthusiasm. It is a dream come true. He has always been a player who likes competition and challenges, we are sure he will become a better player in this environment. So far the club has been fantastic in the support they’ve showed. We are very happy.”

What are your goals for this season?

“Obviously he wants to play, and he has enough confidence in himself to claim his place in the starting eleven. For him this is a new league in which he wants to adapt quickly.”

Weston has stated that his idol is Francesco Totti, but his position on the pitch is very different. What does Weston excel at?

“It’s true that his position is a bit different from that of Totti in his career, but we – and Weston himself – don’t see him just as a number six. When you try to limit him, his qualities are not fully shown. He is capable of creating depth, presses like crazy and covers a lot of ground.

“Even his passing can create essential assists for his teammates. Weston is everything a modern ‘eight’ needs to be, and he still has so much more room for growth. He’s only 22 and most central midfielders don’t peak until they’re 25. ”

And then on the bench he finds himself being coached by a former great midfielder. How will he convince him?

“Yes, assisted by one of the greatest midfielders of all time, we can say that we are excited for the months to come. We believe he will convince Pirlo through his determination, mentality, attitude, but also his qualities on the pitch with the ball that many underestimate.”

In Italy, few American players have left their mark. Weston is the first to play for Juventus, is his dream to establish himself here to have more of a presence in the national team even more?

“Juventus is among the top five clubs in the world. The size of the club is also enormous in the United States. Weston’s awareness as a great player for his nation will certainly increase if he wins at Juventus.”

We know that Leicester, Monaco and Southampton also asked for information about him. Why did you choose Juventus? What is the motivation?

“Because when Juventus wants you, you don’t even have to ask yourself questions. They are one of the best five or six teams in the world, Weston wants to make their mark in Italy and will also help Juventus to be further recognized in the United States.”