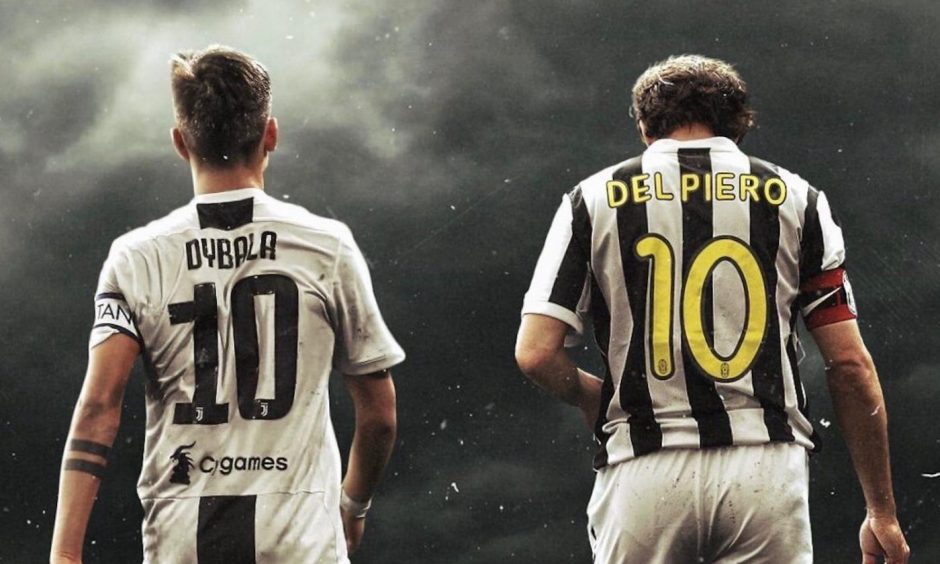 Whilst other squad numbers surely have their own symbolism, Juve’s number 10 remains the club’s most iconic jersey. Since 2016, Paulo Dybala has been the proud owner of the number once worn by the likes of Michel Platini, Roberto Baggio and most notably, Alessandro Del Piero.

The Argentine share a special relationship with the latter, and the two were seen together in a recent photo dropped on Social Media.

Everyone at the club is hoping that La Joya remains in Turin for a long time, and follows the path of the 2006 World Cup winner – who defended the club’s colors between 1993 and 2012.

However, the contract of the former Palermo star will expire next summer, and the club needs to put his signature on a renewal as soon as possible.

According to Tuttosport via ilbianconero, the player’s agent, Jorge Antunes, is expected in Turin by next week in order to launch extension talks.

Whilst the negotiations have stalled in the past year, with Dybala and his entourage refusing the offer laid on the table by the club (worth 10 million euros per season as net wages), the atmosphere seems to be more serene this time around.

In order to reach an agreement, both sides need to make a little sacrifice. For Juventus, raising the striker’s wages to 10 millions amidst the current financial troubles is considered to be a brave attempt.

As for Dybala, he has already confirmed his intention to stay at the club, and he’ll have to lower his demands and accept the club’s fair offer.

The report finally wonders if the Argentine had asked for Del Piero’s advice, and we all know what would be the legend’s answer.