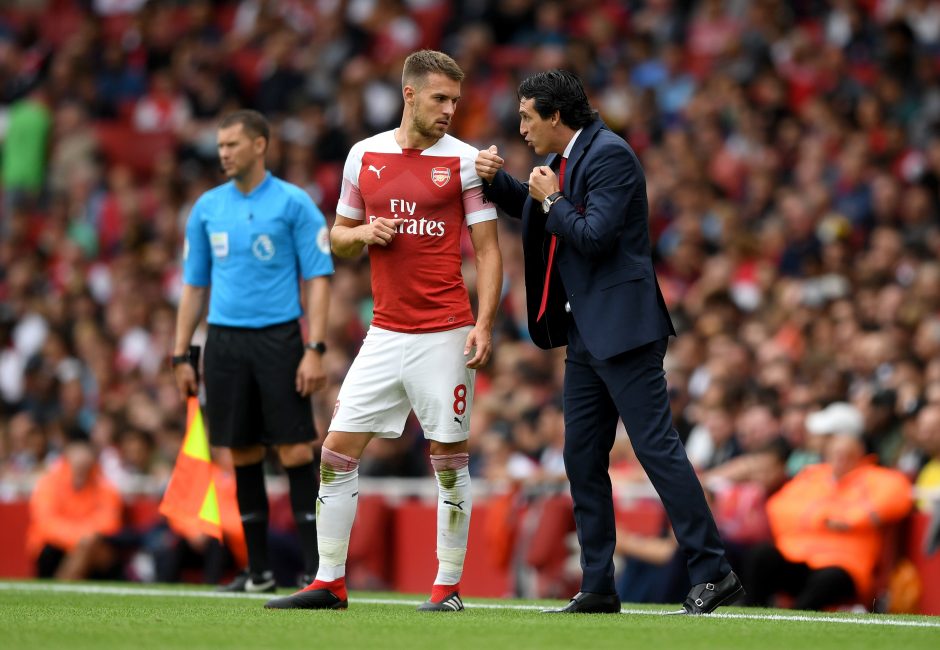 Former Arsenal boss Unai Emery believes Juventus have a great manager in Maurizio Sarri while Aaron Ramsey can win a lot with the Bianconeri.

The Spanish coach was sacked by the Gunners last year and has taken a break from the game – In a lengthy interview with TuttoJuve, he discussed the Coronavirus, his admiration for Maurizio Sarri, French players at Juventus and more.

How is the situation in Spain?

“The situation in Spain is difficult and of great responsibility. Now we must not think about our profession, the only important thing is to help as much as possible and in any form. As a citizen, I must help by staying at home following the health recommendations.”

Like Spain, Italy is also not experiencing an easy period at all.

“We must be close to the most needy, with the awareness that staying isolated means not infecting anyone. We must not prejudice the weakest people in any way. We will rise again”.

You were training until December, do you miss the world of football a bit?

“I miss it a little, but we are experiencing a historical period in which the greatest concern is from a social point of view. I try to keep up to date as much as possible, I always keep busy watching games and studying the players. But right now the priority is to help society move forward in this difficult time. ”

Beyond the difficult period we are experiencing, it is strange not to see you at the helm of a noble European club.

“I have been training for 16 years in a row, now I have decided to rest a bit to better prepare the next project that I’ll be involved in. As I said before, I am watching a lot of football. For the next adventure I do not exclude any country: England, France, Spain, where I’ve been before, and Italy, where I’ve never trained. I’m getting ready to make the right choice. ”

It makes us think that you would like to train in Italy. Have there ever been contacts?

“Yes, I have had contacts with several Italian clubs. But for one reason or another, it was not possible to train in Italy. Now I am open to everything, among other things, I follow the Serie A a lot.”

Is one of these clubs that contacted you, by any chance, Juventus?

“Out of respect and fairness, I won’t mention the names of the clubs that have looked for me in the past few years.”

What do you think of Juventus? What is your opinion on this?

“Juventus have a great manager, Sarri has experience and is very skilled in his work. He demonstrated it brilliantly in Naples and in the year he spent in London at the helm of Chelsea. I think he is doing very well in black and white – In the finale of this season, he only needs to be able to achieve the goals set by the club.”

You faced Sarri last year both in the Premier and in the Europa League. What is your opinion of him?

“I was very impressed by the extreme attention to detail and the organization of his teams. In the tactical order, individualities stand out. At Chelsea, he did very well: he finished third, he deserved to win the Europa final League where he did better than us. He did a great job in England, he also returned to Italy because he was called by a great club like Juventus. ”

In your opinion, can Juventus win the Champions League?

“It is true that Lyon made it difficult for Juventus in the first leg, but I think the Bianconeri are part of that group – made up of three or four teams – who are favorites to win the Champions League”.

You coached Blaise Matuidi and Adrien Rabiot. What memories do you have of them?

“Matuidi is a great professional, as well as a great player. He has a great personality, his excellent performances have helped Juventus a lot in recent years. Rabiot is younger, but he is up to playing at a top club like the ‘Old Lady’. The first is year always a year of adaptation. I have seen him play well, but there is a lot of competition and it is normal that sometimes you don’t start from the beginning. Adrien is a player I would always like to have in my teams, I was lucky to be able to train him. They can help each other a lot. ”

Can you tell us how he was in training?

“An exemplary professional, he has always had a good relationship with me, the staff and his teammates”.

Another player who moved to Juventus  is Aaron Ramsey: how come you didn’t manage to keep him in London last year?

“It was decisions made by the club and Ramsey himself. The player decided to leave and moved to a great team, this inevitably led him to experience another style of football. Aaron will be a very important player for Juventus, he has ambition. ”

When did you know he was going to Juventus, what was your reaction?

“I congratulated him because he chose a team where he can win a lot. Juve is a big player in European and world football. After so many years in England, this represents a great challenge for him. Role? He’s an 8 or a 10..”

A curiosity: You won the first of the three consecutive Europa League matches in Turin. Do you think it could have been different with Conte’s Juventus in the final instead of Jesus’ Benfica?

“Jorge Jesus is an excellent coach, he has shown it many times. Benfica is a great team, historic and with an important tradition behind them. I think winning the Europa League once is difficult, doing it three times is very difficult. It’s a competition that has grown a lot, with many strong teams fighting to win it. The more the years go by, the more the difficulty increases. And the Italian, English, German, Portuguese teams are really very interested in raising this trophy.”