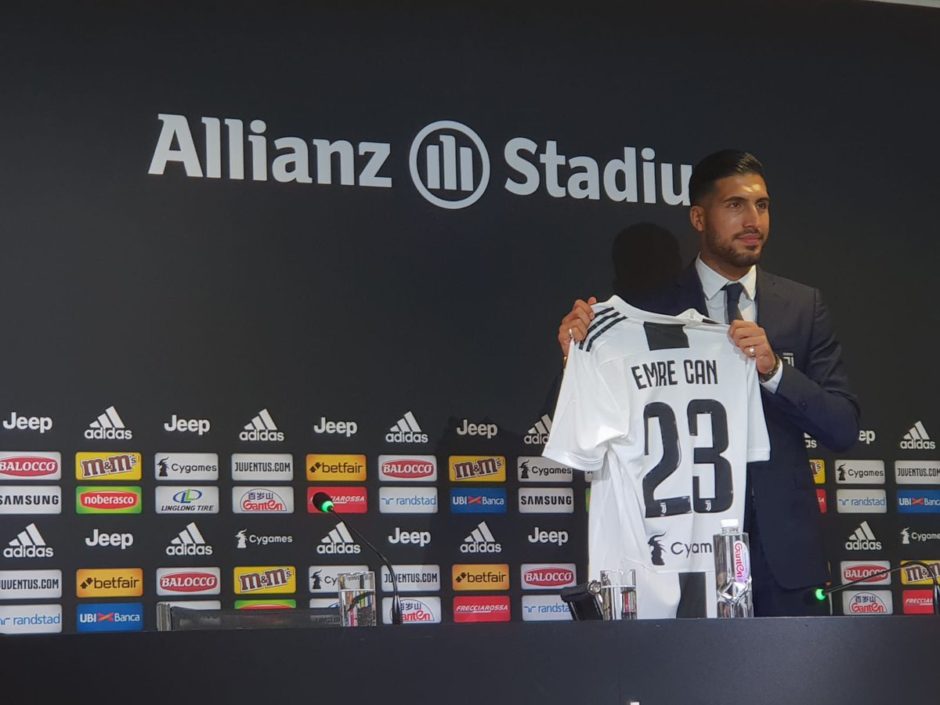 Emre Can: ‘Juventus are a huge club’

Emre Can believes Juventus are a big club and reveals contacts been the Bianconeri and his agent had been going for many years.

Can was unveiled as Juventus player today and gave his first press conference, explaining his motivations for moving to Turin.

“My first impressions of the club? I knew it was a huge club before, you can see it through the headquarters and facilities,” he told the gathered press.

“My first manager when I started playing football, he was Italian and I’m still in contact with him.

“As for players [when I was growing up], there was Nedved, Del Piero and a lot of good players.

“I don’t think the World Cup will be a problem for the players. Juve have good players and it won’t affect us next season. After the World Cup, they’ll be rested and fresh again.

“Ronaldo? I think for every player, it would be great to play with a big player like Cristiano Ronaldo.

“Honestly I don’t know if there were contacts between the club and the player, I’m focused on my stuff, but obviously if he comes it would be great.

“Why I chose Juve? The club had good contact with my agent for many years, I know what a huge club this is, the mentality, they just want to win titles and that’s my mentality too. I came here to win titles.

“That’s why I’m here, I want to help the team and altogether we can do it because we have a great team, but our main focus is Serie A.

“I’ve talked to the manager but not yet about tactics, although I think it’ll happen in the next few days or weeks.

“My favourite role? I can play in a lot of positions but I feel at home in midfield, although the manager decides. I just want to help the team, if I play defence, striker, goalkeeper or midfield. One of my biggest idols was Zinedine Zidane, he played here too…

“Bayern and Madrid? I had a lot of offers from very good teams but I decided to come to Juve because the project is very big, they have very big aims and I want to be part of the project.

“Problems with Klopp? I’ve heard that for the first time… I had very good relationship with Klopp, he wished me all the best

“I know how Juve play, I watched a lot of their games last season, the players welcomed me very well and asked me about my holidays and injury.