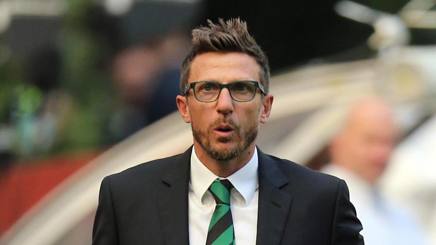 Due to their miserable performances, Juventus have become the talk of the town, with fans and observers trying to understand the reasons behind the club’s fall from grace.

Following a solid transfer session, the spirit was high at the Allianz Stadium, with the club’s supporters genuinely believing in an improved campaign following the disappointments of the previous two.

Nonetheless, the outcome was more of the same, if not worse. In fact, the Bianconeri hit a new low by losing to Monza who had never won a Serie A fixture before.

Former Sassuolo and Roma manager Eusebio Di Francesco added his own thoughts to the equation, naming several factors that have negatively affected Juventus, in his opinion.

The 53-year-old believes that the summer tour in the USA took its toll on the squad from a physical standpoint, while the young players have been thrust into the field perhaps prematurely.

“Juventus is paying for injuries. The summer tour kills you. The team was unable to prepare adequately,” said Di Francesco in an interview with la Gazzetta dello Sport via TuttoJuve.

“The young people are interesting, but they have been forced to become starters.”

Di Francesco was behind Sassuolo’s rise to prominence in Serie A. He also led Roma towards the Semi Finals of the Champions League in 2018, but has been on a skid lately following short and disappointing spells at Cagliari, Sampdoria and Verona.