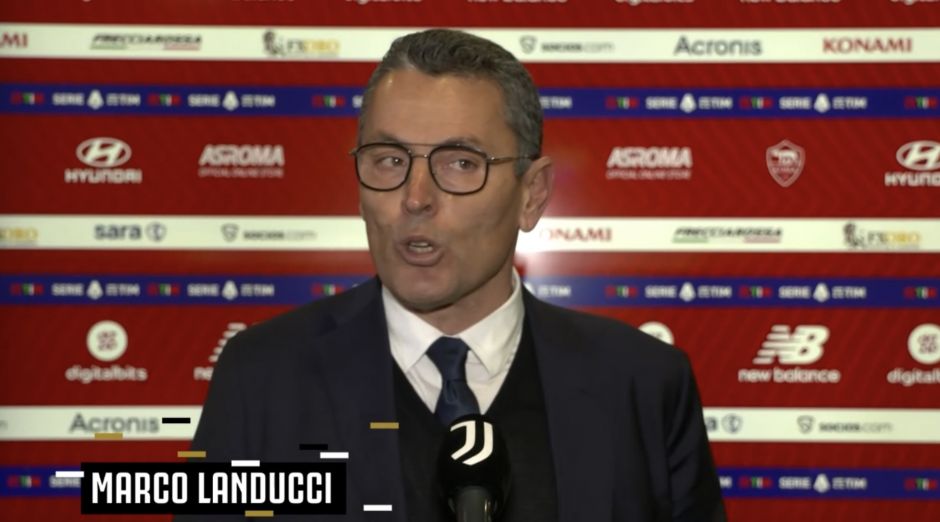 Juventus assistant manager, Marco Landucci, was impressed by the performance of the Bianconeri in their 4-1 win against Sampdoria last night.

He was on the bench in place of Max Allegri, who was sitting out a suspension.

The Bianconeri didn’t feel the absence of their manager and went about their business with minimal fuss.

Their fans expected them to win and secure their passage into the quarterfinals of the competition, and they did that to the delight of Landucci.

After the cup fixture, he said the players did very well and had the right mentality, considering that there were no fans in the stands.

He told Sport Mediaset via Football Italia: “We put in a good performance, which wasn’t easy with so few people in the stadium. We had the right attitude, were fired up and it was very important that we go through to the next round, as the Coppa Italia is a great tournament. Everyone did very well.”

That win was an important one for us considering that we haven’t had the best of campaigns in Serie A.

Winning the Scudetto is almost logically impossible now, but we can end the campaign with the Italian Cup.

The remaining teams in the competition would be tough to face, but we proved in that win against La Samp that we mean business and that attitude could ultimately lead to success in it.

Cuadrado reckons Juventus is discovering how to deliver fine performances