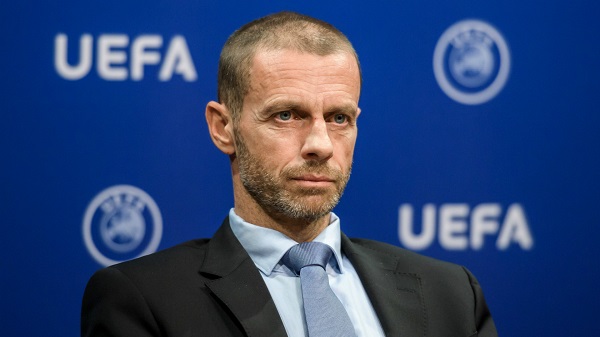 UEFA President Aleksander Čeferin has refused to rule out punishment for the clubs that formed the European Super League, including Juventus.

The Bianconeri were the leading side among the teams that attempted to break away from UEFA to form the competition.

It was supposed to have replaced the Champions League for the founding members since they would play their matches in midweek.

The owners and presidents of the clubs orchestrated it, but English fans were against it and that forced their teams to withdraw from the competition.

Some of the original 12 have also left the competition.

However, Juventus, Barcelona and Real Madrid are yet to pull out.

The scheme has been suspended and it seems the English clubs won’t be a part of it again.

This is now time for reconciliation and Ceferin accepts that they will have to welcome back their former members.

However, he remains open to sanctioning them even though there are no sanctions for now.

He told Daily Mail: “Let’s see. Everyone has to take consequences for what they did and we cannot pretend nothing happened. You cannot do something like that and just say: “I’ve been punished because everybody hates me.” They don’t have problems because of anyone else but themselves. It’s not OK what they did and we will see in next few days what we have to do.”

Napoli ace still firmly on Juventus’ radar and he is affordable