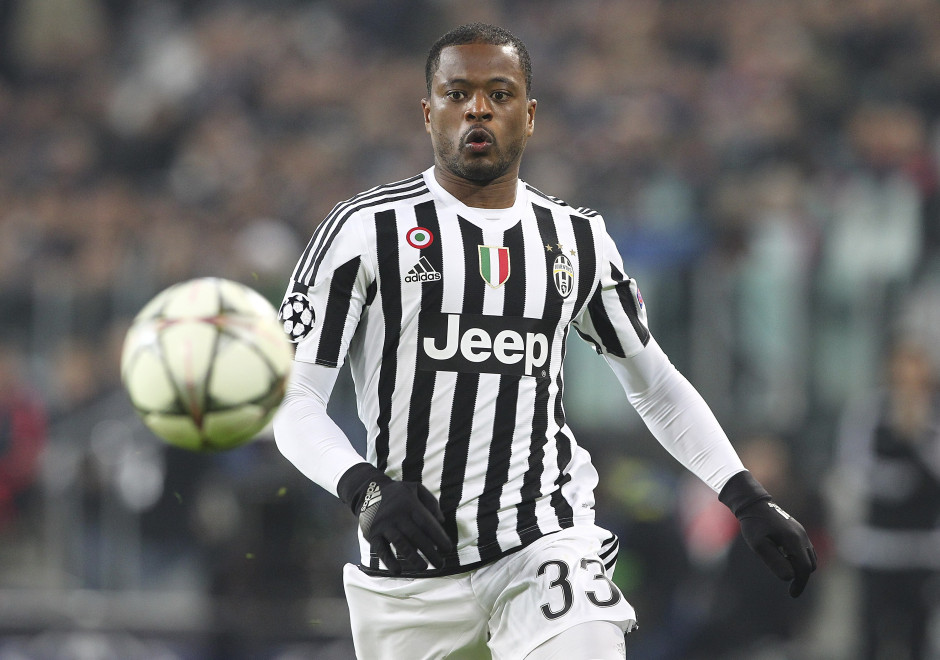 The veteran left-back spoke to La Gazzetta dello Sport ahead of Wednesday’s Champions League match and assessed the Bianconeri’s chances of progressing.

“After that first game, we’re now aware that we can hurt Bayern, but we were too timid in the first 20 minutes.” Evra told the Italian paper.

“If we have players who believe it’ll end 1-0 then we’ll win, but if anyone plays expecting a 5-0, then we’ll certainly lose.

“It’s all psychological, because we’re conscious now that Bayern are vulnerable. It’s not arrogance, we respect our opponents but let’s not forget that we were in the Champions League final last year.

“Everybody thinks that Juventus are done for, but we believe in it. If we didn’t, I’d ask the Coach to bench me.

“Going down by 2-0 after 50 minutes was our fault alone. At first, we lacked confidence. We mustn’t be ashamed to admit that we didn’t play with much character.

“We were a bit anxious, but when we found ourselves trailing by two goals, we went back onto the pitch to earn a draw.

“But in football you’re supposed to act, not react. What happened must be a lesson for us. In the return leg, we have to be the ones to act.

“I don’t think that Bayern are scared of us, but they’ll certainly be more respectful on Wednesday and they’ll play differently. We must take advantage of that.”

“Juves’ weapon against Bayern will be the team. That’s what Allegri always says, and that’s Juve’s strength.

“We can always draw new resources out. Take Lemina, for instance. He’d gone a long time without playing, then in Bergamo he was subbed on in the second half and he scored.

“I’m really happy for him, because his injury had interrupted a strong start. He’s very talented. Other people see him only in matches, but we can see that every day in training.

“When you’re young and you don’t play very much it’s easy to give up, but I pushed him not to do that. I always told him that sooner or later he’d be decisive.

“He can make the difference, the way that the whole team does. When you’re at Juventus you immediately understand that every game has to be played as though it were a final.

“Playing well, so-so or poorly doesn’t matter very much. We have to win. This spirit doesn’t surprise me, any more than I’m surprised when I see Mandzukic playing as a central defender or a full-back.

“Our string of victories gives us fuel for the European games. I laugh when people say that our victories are ‘a response’ to Napoli.

“I don’t think about Napoli at all, I don’t even watch their results. All I think of is Juventus. Every victory is an incentive for the following game.”

“Pogba’s problem is that he has too much quality. When he makes mistakes he gets frustrated, because everyone thinks that a player like that can’t make certain errors.

“I always repeat to him that he has to stay calm, work hard and listen to Allegri. He must play like he knows. Sure, losing the ball is annoying, but it happens because he’s someone who always goes for it and does not hold himself back.

“Against Bayern, for instance, he always asked for the ball in the most difficult moments. We need people like that, but when they make a mistake that’s all everyone talks about.

“Let him work in peace, because Paul wants to run, score and make assists for us. I’m perfectly content with that.”