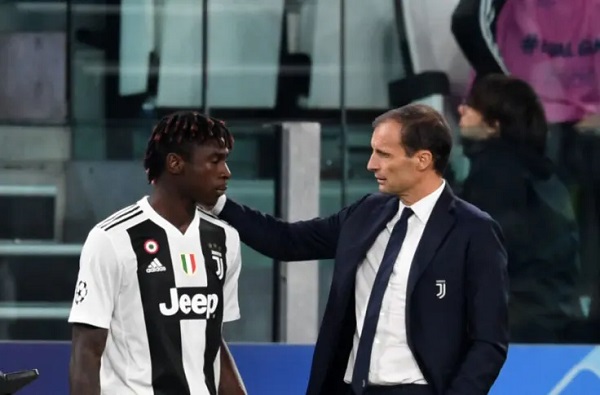 Ezio Greggio says Allegri is getting rewarded for trusting in Kean

The Italian actor and Juventus fan Ezio Greggio has commented on their 4-0 win against Empoli yesterday and says Max Allegri is now benefiting from trusting Moise Kean.

The striker scored one and was one of their best players on the night as they stormed to back-to-back victories.

Kean has struggled since he returned to the club last season and this campaign has been worse for him.

The goal was his first of the term and he will now look to kick on from it and score more before it finishes.

Another manager could have lost faith in the Everton loanee, but Allegri continued to give him chances.

His performance against Empoli is payback for the trust and the striker will hope to score more.

Having watched the game, Greggio tweeted:

“Finally, the Juventus who plays in the opposing half of the field. Allegri’s confidence in MoiseKean has paid off. And Rabiot a Juve match. The fog clears, we return to see Juve. Now let’s go to… Porto! At the docking!”

Kean has been poor, but the striker is talented and has needed time to return to form.

The performance against The Blues shows he still has what it takes to deliver good performances and now the gaffer will trust him to play more often.