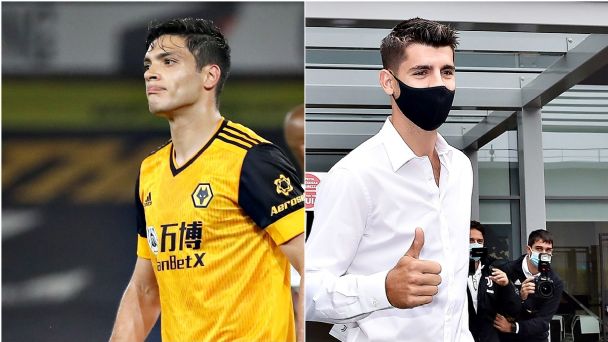 Fabrizio Romano confirms a number of offers before Morata deal

Fabrizio Romano has revealed that Juventus made enquiries on a number of strikers this summer, including Raul Jimenez of Wolves, before agreeing a deal to bring Alvaro Morata back to Turin.

The Spaniard has hit the ground running on his return to Italy, having struggled for consistency with any of the three clubs he played for after leaving in 2015.

Morata already has six goals and two assists from his eight appearances for the club this term, as well as having a frustrating number of goals ruled out for offside in that time also.

Fabrizio Romano insists that he wasn’t the only man on their radar to lead the line this season however, as they failed to strike a deal with Wolves for Jimenez.

The striker himself stated that he was the subject of interest from Juve, before Manchester United also tested the waters, but Romano adds that while the Mexican was telling the whole truth, it was Wolverhampton’s terms which scuppered the transfer.

Romano told his column at CalcioMercato: ‘Raul Jimenez told the whole truth. He did so with sincerity in the last few hours, because the Mexican center forward confessed that he was “treated by Juventus even before an attempt by Manchester United”, a real approach by the Juventus management dating back to last August.

‘Yes, because a trip by Fabio Paratici to London also served to test the ground for Jimenez, a welcome striker with characteristics and qualities suitable for the Juventus gameplan.’

He then adds that Juventus made a number of offers out for strikers before coming to strike a deal with Atletico for former star Morata.

Romano continued: ‘Juventus made efforts for several strikers at the same time to avoid being caught unprepared, from the first choice Dzeko to the Atlético refusals for Morata, without forgetting the Suarez issue.

‘The Jimenez operation did not take off because Wolverhampton immediately asked for 80 million euros, a fixed amount without discounts, especially without particularly facilitated payment methods such as those stipulated with Atlético for Morata at the last corner of the market.’

With the current form of Morata, nobody could complain about our business this summer, but I must admit that I hold Jimenez in the highest regard, and he could have been an exciting arrival also.

Could Raul have had a similar impact to the Spaniard had he arrived this summer instead?