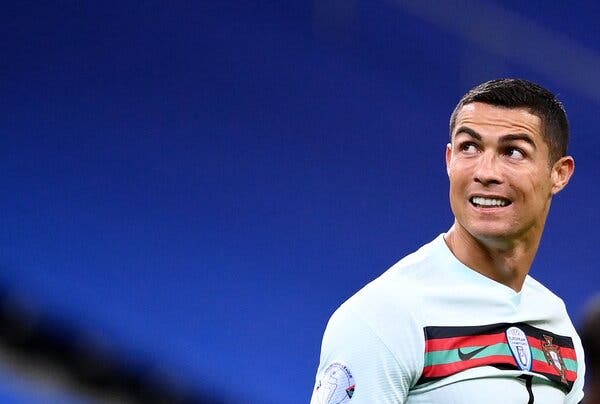 Juventus will play host to Barcelona at the Allianz Stadium next Wednesday, and we are sweating over the availability of our star man Cristiano Ronaldo.

The Portuguese was ruled out of selection after testing positive for Coronavirus whilst away on international duty. Cristiano has since returned to Turin and has been forced to train alone until it blows over, but he is showing no symptoms.

Yesterday marked the deadline for Juventus to submit the required medical paperwork to clear him for the fixture, seven days before the scheduled match is set to take place, and we are now awaiting the official response from UEFA on the subject.

The forward posted a video on his social media for all to see showing him singing and training in good spirits to show off his good health, likely as part of his bid to prove to authorities that he is in perfect condition, although there are no reports to claim that he has actually passed as negative as of yet.

With silence on that part, you would assume that he isn’t yet through with the virus, but that may not rule him out of the fixture just yet.

We are expected to have to take on Lionel Messi’s side without Giorgio Chiellini however, who had to be replaced during the tie with Dynamo Kiev on Tuesday.

With Lionel Messi and his likely predecessor Ansu Fati already impressing this season, we may well have our hands full without our own superstar talent in Ronaldo.

Does our squad have enough talent to cope with Barcelona with or without Cristiano Ronaldo? Who would you be hoping would step up in his possible absence?

Giorgio Chiellini’s injury is not as serious as first feared