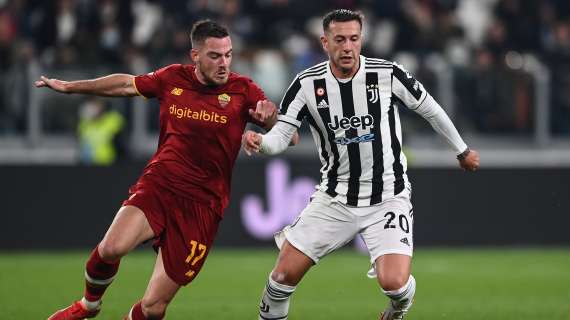 Andrea Pirlo continually overlooked Federico Bernadeschi last season, but Max Allegri has him playing at the top of his game.

The winger was limited to very few appearances last term, with the inexperienced manager struggling to find a place for him anywhere in the team, before deciding he could play on rare occasions at left-back or at left wing-back.

That was clearly not his best role, but he didn’t complain to the press about it, and he did well in his new role, although he still returned to the bench.

Roberto Mancini never gave up on the winger however, and Bernadeschi impressed when called upon in qualifying for Euro 2020, before doing the same during the tournament also, and Allegri has given him the chance to continue to show his worth this term.

The 27 year-old was a rare bright spark during last night’s difficult encounter with Roma, with many of our main attacking outlets being suffocated of space and failing to break free, and he came close to adding to our lead on a few occasions.

Whether playing as a wide midfielder or as part of a front three, he continues to show the fight and skill to cause all-manner of problems for his opponents, and I for one am all for him getting a continued run in the first-team.

Did Pirlo miss a trick by continually overlooking Bernadeschi?