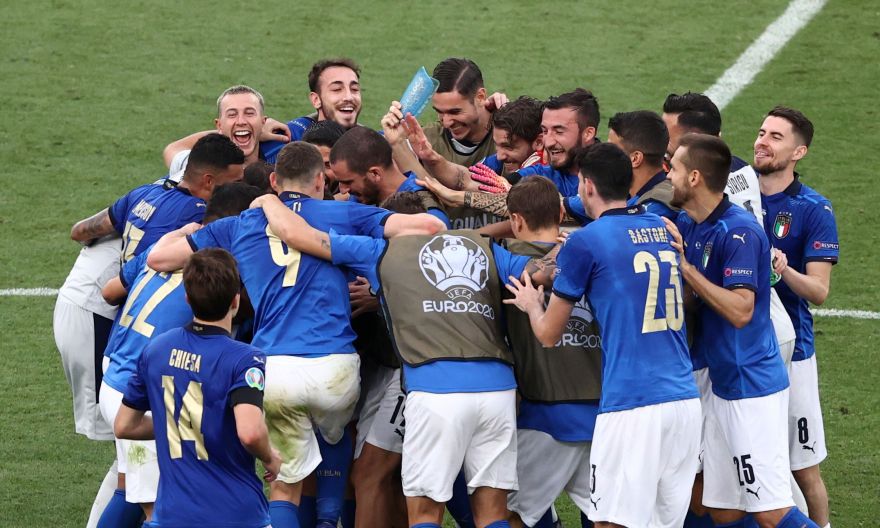 Juventus star Federico Chiesa came off the bench to give Italy that boost in attack, and his goal in extra time paved the way for victory.

The Azzurri started the clash the same as their previous encounters, dominating possession and not allowing their opponents to get any fom of grip on the game, but less than half an hour in, and we lost our grip.

Ciro Immobile struck the post after around 30 minutes of play after he took on a difficult long-range strike, but we began to struggle shortly after.

Osterreich were beginning to look dangerous, and we appeared to be flailing, which led to an anxious spell.

We came out after the break unchanged, and the match unfolded into an end-to-end battle, but neither side managed to break the deadlock despite strong play at both ends of the field.

Marko Arnautovic did think he had put his side ahead, only for an extended VAR decision to rule his header out for offside, and their goal would have been deserved after a dominant spell of their own.

Pessina and Chiesa both came off the bench late into the 90, and while they were unable to make a difference initially, they played a huge part in the result in extra time.

The Juve star ended the stalemate by scoring the opening goal, with his fine run being picked out in the box, before he bounced the ball past the defender to smash past the goalkeeper, finally giving us the lead we had been yearning for.

Pessina also got himself on the scoresheet after he picked the ball up from Belotti in the box, moving to the side before placing his effort into the right of the goal on the stroke of the break at 105 minutes.

Austria did manage to ruin our not conceding for over 1100 minutes with a neat headed effort from a corner, but thankfully there wasn’t enough toget back into the match.

Italy will now await news on their quarter-final opponents, but there is definitely work to be done on the training pitch beforehand.

Will Mancini consider Chiesa for a starting role?

Video: Matteo Pessina makes it two to surely send Italy into the next round