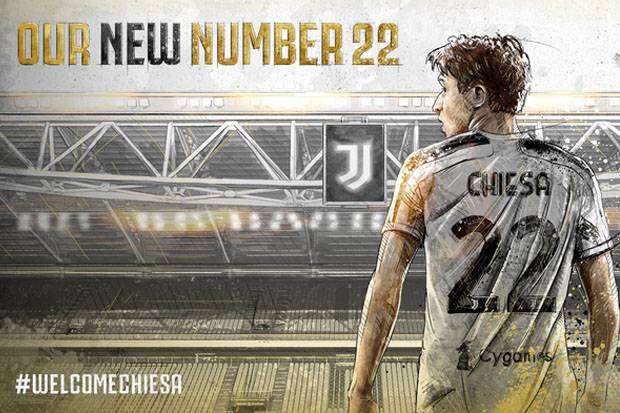 Juventus completed one of the biggest transfers of the summer when they finally landed Federico Chiesa from Fiorentina.

The young Italian is one of the best players in the Italian top flight and he has been a target of the Bianconeri for much of the summer.

They finally landed him on deadline day to add some impressive quality to Andrea Pirlo’s team.

He joins initially on a two-year loan deal that should be made permanent given that he is expected to be a success in Turin.

Ahead of his expected return from the international break to kickstart his Juve career, the Bianconeri has given him a shirt number.

The club took to their various social media channel to reveal that he will be wearing the number 22 at the Allianz Stadium.

Chiesa had worn the number 25 at Fiorentina, but that number is currently occupied by Andrien Rabiot and Chiesa should be happy with what he’s got.

He is currently with the Italian national team in Florence and he has faced a lot of backlash from the fans of his former team.

It will be interesting to see how the fans react to him in the stadium playing for the Italian national team.

Italian football ‘assured’ it will not be disrupted

On-loan Juventus man reveals who convinced him to leave Turin