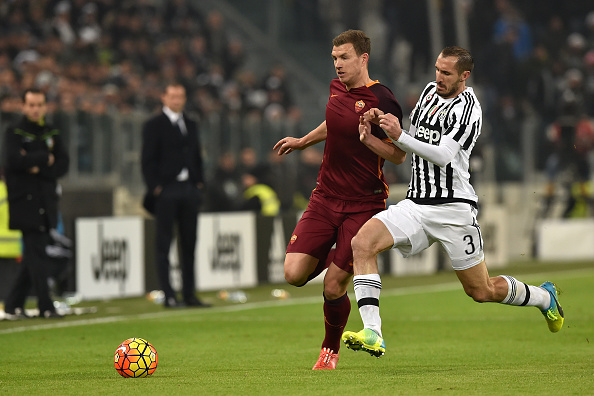 While some transfers are conducted overnight, others can take months to materialize.

But how about a move that is 13 years in the making?

In 2008/09, Edin Dzeko rose to prominence alongside a group of talented Wolfsburg players who guided the club towards an expected Bundesliga triumph.

As ilBianconero explains, this is when the Old Lady was first linked to the Bosnian bomber. However, it surely wasn’t going to be the last.

The report recalls how Juventus almost signed Dzeko on four different occasions in the past.

Following the first botched attempt, the striker eventually made the switch to Manchester City in January 2011.

After winning two Premier League titles, he was on the move again in 2015. But while the Bianconeri were close to put his signature on paper, Giuseppe Marotta and Fabio Paratici ended up signing Mario Mandzukic, while Dzeko landed in the Italian capital.

In 2020, Dzeko was ready to leave Roma, and this is when he reached a deal in principle with Juventus. However, the Giallorossi failed to find an agreement with his replacement Arkadriusz Milik, and the transfer collapsed yet again. Alvaro Morata was the alternative for Andrea Pirlo’s squad.

Finally, Juventus once again approached the Bosnian in 2021 when Cristiano Ronaldo was teasing an exit. Nonetheless, the Portuguese’s delayed departure meant that Dzeko had already signed for Inter. Once again, the Old Lady resorted to a former player, and this time it was Moise Kean.

With Romelu Lukaku’s expected return to Inter, Dzeko could be on the move once again while the Bianconeri are looking for a capable backup for Dusan Vlahovic.

So could it be fifth time’s a charm for Juventus?

Video – On this day, Juventus resumed Serie A campaign with a win at Bologna