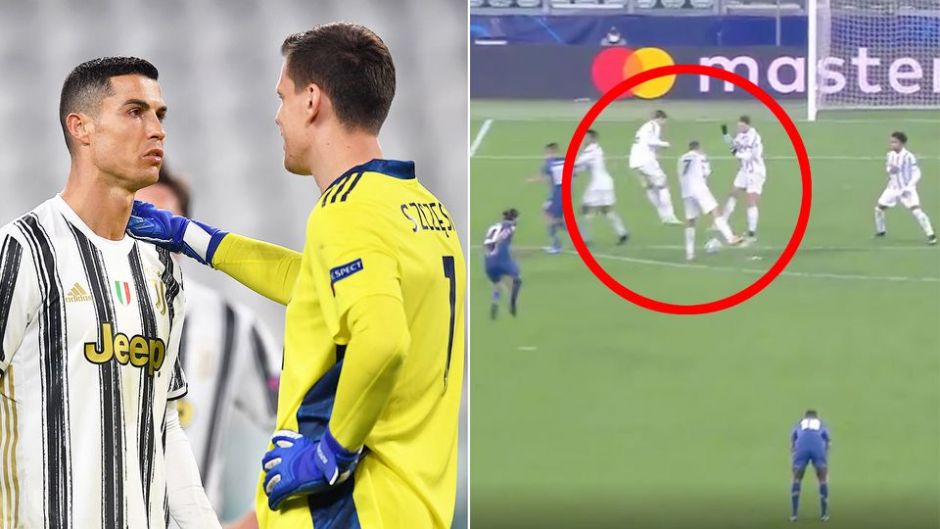 Some fans and pundits have moved to blame Cristiano Ronaldo for the role he played in Juventus’s exit at the hands of Porto last night.

The Old Lady are no longer in the running to be crowned Champions of Europe after their elimination last night, and some watching were left bewildered by our exit.

Juventus clawed their way back from 2-0 and 3-1 behind over the 180 minutes to take the clash to extra time in Turin, and spent much of the time level on aggregate with a one-man advantage also.

Federico Chiesa is the man who can stomach little blame. The Italian scored all three of our goals in normal time of the two legs, and was substituted off during extra-time with the scores still level.

Cristiano Ronaldo however doesn’t get spared for his involvement. Fingers are being pointed at him for the late goal which cost us. The Portuguese was a part of the wall which was beaten as Oliveira fired hard and low on goal, and the superstar is seen to cower and turn away from the shot, which goes straight through his legs and into the goal.

While you can see how this costly mistake above could be considered his fault, this is without considering that he had five shots during the match, with three of those directed off-target from inside the box.

There will be a lot of talk around the future of both Cristiano as well as the manager after the painful defeat last night, but I hope they don’t dwell on the defeat too much as we have ground to make up on Serie A to set things right.

Does Ronaldo need to take the flack from his errors?