Federico Bernardeschi returned to haunt Fiorentina, opening the scoring with a brilliant free-kick before Gonzalo Higuain struck late on to take Juventus back to the top of the table. 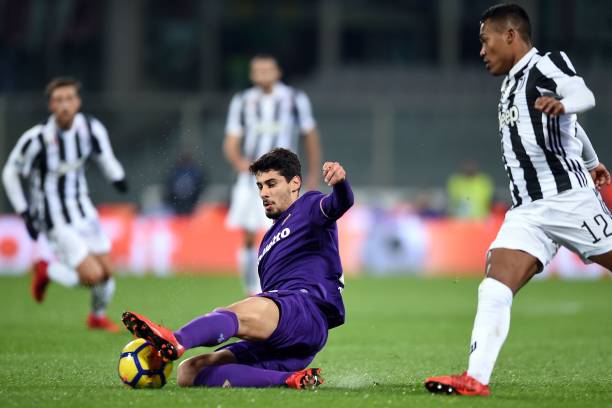 Gigi Buffon: Made a few routine saves before being left stranded by his defence when Dias’ shot hit the post. Made a key save with his feet to keep Juve 1-0 ahead.  7.0/10

Giorgio Chiellni: Started well but made an uncharacteristic mistake when he raised his hands for an obvious penalty – thankfully it was cancelled out by VAR. Improved as the game developed and was much better in the second half, providing a great assist for Higuain’s goal. 7.0/10

Medhi Benatia: Up against it with Simeone in the first half and looked caught out for pace when Fiorentina countered. Stepped up markedly as the game progressed and looked his formidable self as he helped Juve to another clean sheet. 6.5/10

Alex Sandro: A muddling opening half, often caught out by Gil Dias. Looked a far better player in the closing part of the game, finding space past Benassi and Milenkovic. 6.5/10

Stephan Lichtsteiner: A poor display in the opening half, struggling to contain Chiesa and picking up a poor yellow card. Listless as the game developed and eventually subbed off. 5.5/10 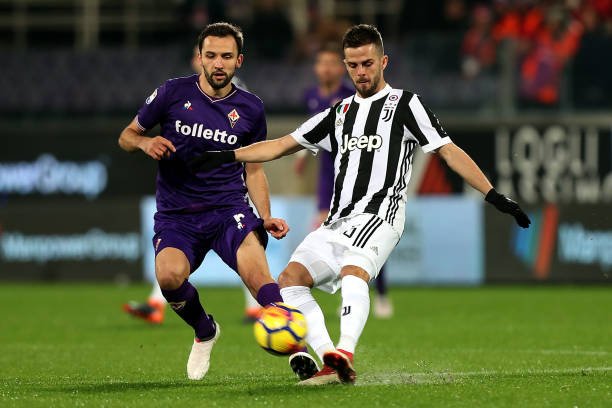 Sami Khedira: Out-muscled and outfought by Vertout for the opening ’45. No tackles, passes, energy or invention at all and looked a shadow of the player who bossed Sassuolo last week  5.0/10

Claudio Marchisio: Failed to make a real impression in the game, often caught out of place while some of his passing was plain poor. Might take a while to get fully back into his rhythm against the biggest sides. 5.5/10

Miralem Pjanic: Uncharacteristically poor in the beginning stages of the game. Pressed high up the pitch for the ball, leading to some wayward passing. Improved the tempo as Juve took control and saw out the match well.  6.0/10 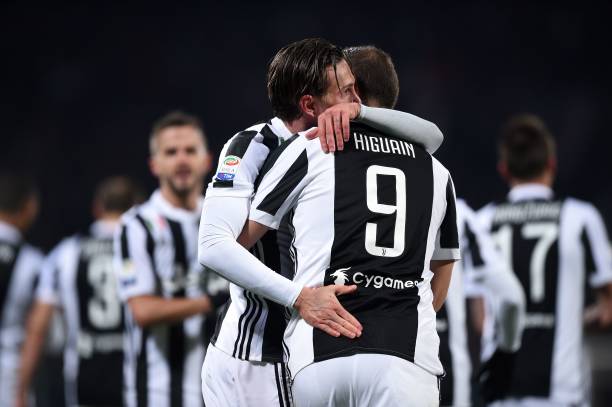 Federico Bernardeschi: Exceptional The mentality and confidence he showed was exemplary, given the occasion. Played really well on the flank and caused Biraghi no end of problems. Scored the opening goal with a beautiful free-kick and never stopped running. Excellent.  7.5/10

Mario Mandzukic: Really good in the defensive phased of the game but didn’t really add that killer touch or pass in the attacking phase. His passing and crossing was a little too slow and ponderous . 6.0/10

Gonzalo Higuain: Lacked any kind of service for much of the game but it only took one pass from Chiellini to open the defence and for Pipa to strike. Deadly and clinical, scoring 6 goals in his last 4.  7.0/10

Andrea Barzagli: Came on for Lichtsteiner and played the game more as a CB than a RB, keeping the defence tight and controlled. 6.0/10

Douglas Costa: Far more direct and unpredictable than Mandzukic – His running and pressing late in the game helped relieve some of the pressure.  6.0/10

Rodrigo Bentancur: A few minutes to make a late cameo, nothing of note. N/A

Bernardeschi: “I am a Juventus player and I respect my fans”