Buffon – Was outfoxed for the opener but should have done much better for the second. Which was basically a long pass which didn’t exactly fly in, though it was moving; it bounced in. However, he did more than most at the back to make up for the deficiencies of his team mates and stand up to face the onslaught. 6

Barzagli – One of his poorest showings in our colours. He is simply nowhere near fit. And has been rushed back into the fray far too early. Every aspect of his game was poor. Yet I love the man, so won’t dissect his foray into the abyss. 4

Bonucci – Another player who is way off the pace presently. What bothered me more was that he was laughing at one stage, when I was scowling. At least he made a few tackles. 4.5

Chiellini – Average by his own high standards and let down by the BB aspect of our famous defence. He certainly showed more than any other CB. 5.5

Sandro – He toiled and close to held his own but made zero progress going forward, and what can we expect when the medical staff are clearly bringing back players too soon. 5.5

Cuadrado – Appalling in the first half and not exactly transformed after the break, but more incisive. He is no defender, and he was clearly focused upon as a weakness by Sousa’s wily tactics. 4.5

Marchisio – Dead on his feet after just 20 minutes. And did not improve. Completely over-run in midfield from the start, and was too far gone to make any inroads when the ascendency swung in our favour. He needs a break. We are asking too much of him after such a long time out injured. 3.5

Khedira – Absent for large periods of the game, failed to capitalise on the scant few opportunities found in the second half but at least supplied the cross for the goal. 4.5

Dybala – Hustled and bustled, found space very hard to come by until late on and missed a glorious chance to level the tie near the death. Same story as the supercoppa debacle. Was fortunate to avoid a straight red for a vicious foul before the final whistle blew.  5

Higuain – Took his goal well enough and should have done better with a header. Other than which had very little support and no space. 6

Pjaca – Achieved nothing of note other than a glimpse of his potential when beating two players in the box and seeing his shot deflected away from goal. By what seemed a hand, but it was hit hard and his arms were far from flailing; it would have been a harsh decision. 5.5

Rincon – Added steel to the midfield when the game had become topsy-turvy. 6

Mandzukic – Not on the field long, but long enough to make a great chance for Dybala to spoon from 6 yards out. 6 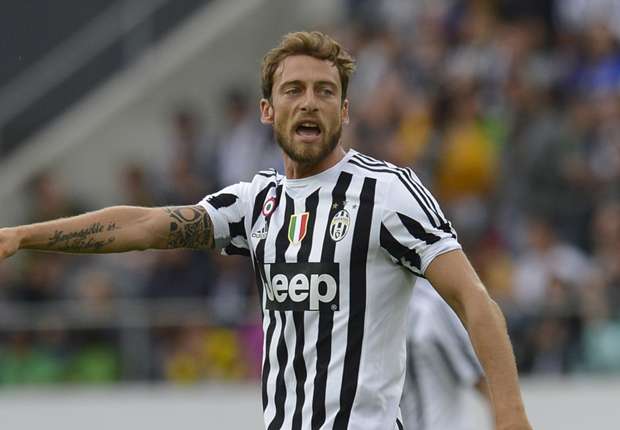 We were over-run and dominated for much of the first half and lucky not to head into the interval more than a goal down. Fiorentina were more spritely, more fit, full of running and confidence. They matched us for formation then battered the midfield leaving our rearguard pinned back and literally hanging on for dear life. For me, it was mainly the lack of fitness of 3-4 players which produced the first half horror show.

The hosts were not going to be able to sustain the pressure for 90 minutes and once we got the goal, the tide turned completely. However, we were unable to make the possession count, and as much as we could and should have grabbed the equaliser, Illicic should also have done better late on but was thwarted by Buffon and his own feet.

Unfortunately, the only way Bonucci, Barzagli, Sandro, Asamoah, Dybala and Pjaca are going to get sharp are by playing. The story is different with Marchisio, who we need to manage better. He was out for such a very long time, it is unreasonable to expect him to return with great stamina and in this match he was useless.

Could and should Allegri have seen the poor condition of so many players prior to selection? I assume so. And yet there are other issues to address and ponder; mainly focused on his tactical decisions.

Lichsteiner’s absence meant he was forced to play either Cuadrado at RWB and adopt the 3-5-2 or place Barzagli there. Seeing how out of sorts Barzagli proved, he would have been even worse in a position which you would assume requires more running. Asamoah gave his best 45 minutes of the season at LB midweek so why bench him and bring back Sandro? Although the Ghanaian also, is miles of top condition.

He made moves to try claw back the game, knew we would have our time in control, and we were a little unlucky to come away empty handed. Do not get me wrong, for Fiorentina deserved their victory on endeavour and chances created. Still, the reality is not as horrid as some will scream and squeal.

We were beaten by a single goal – a freak fluke goal at that- by a team who played exceptionally well. Close to half our starting XI were not fit. The only definite mistake I would hang around Allegri’s neck was bringing back Barzagli AND Bonucci, when Rugani is fit and in fine form. He risked all and gained nothing but a defeat against one of our most hated rivals. The result also gives confidence to the chasing pack. He should also have removed Marchisio much earlier.

ALL of our troubles this season have come from a constantly changing, never settled midfield. Give Rincon a chance to bed in, give Marchisio a break, move back to the 4-3-1-2 which brings out the best of Pjanic, allow Pjaca to deputise for Dybala, even replace him for the next game and most importantly, bring back Rugani. It may well be the death knell of the 3-5-2 BBC but we simply do not have the solidity in midfield to slowly manage that legendary trio back to where they can still be, but are presently far from.

Assuming we beat Crotone, we can still loosely assume we have a 4 point lead.

The only positive to take is that this was not Juve at their best, nowhere near in fact. It was a weak performance, of a tired team short of sharpness and drive. The mentality issues are harder to pin on players when their stamina levels appear wretched. Yet why deploy players who are unfit for an encounter which was always going to be bruising, full blooded and intense?

As anyone who has watched Juve for the last few years or longer will understand; this 16/17 squad is one in transition. We have been very unlucky with injuries though lucky with results. I cannot recall a run of games where our form has remained consistently decent, let alone entertaining.

We always come unstuck when we are pressed and it makes sense to work on counter attacking football and dealing with a high press. Our midfield was non existent for large parts of the harrowing first 45 minutes, and why? Was it just fitness or a lack of organisation? A team should never bunch up in the middle and drop deep when pressed hard, for other teams can then play around and over us; it MUST remain strident and offer options on the flanks especially. There needs to be an outlet when we do have the ball, other than to simply give it straight back.

I do not want to see Dybala outside our 18 year box with nobody to play to higher up the field than Higuain with three defenders to face. The youngster needs to work on his discipline, positioning and finishing for he remains very raw and its games like this where his phenomenal talent needs to be deployed intelligently, not haphazardly.

I still believe in the potential of this squad and we do have 7 games to hopefully settle on a system, more importantly play our best players into sharpness and form. Then we face Porto. That run of games now take on huge importance. The next four are tricky ties, just what we need, sink or swim. If we can negotiate them carefully, successfully, we then have three far easier ties to condition and rotate the squad before the champions league returns.

Allegri has much work to do. Though I can smile, to ponder Sousa taking over in the Summer…He has improved as a manager and brings that same resolute calmness which he had on the field as a player in our colours. He got his tactics spot on and imbued his charges with belief and drive. Max now has to follow suit.

Our season is far from over, far from a failure, yet crunch time is coming…We must stand up and be counted.

Riccardo Orsolini: ‘I will join Juventus’