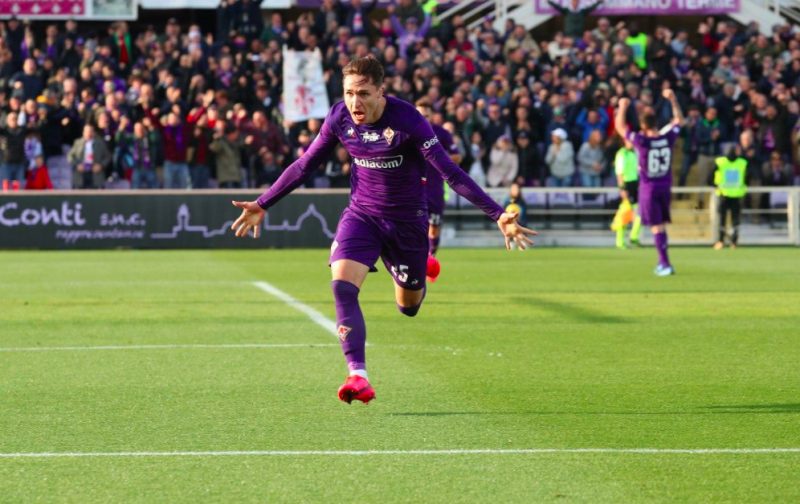 Fiorentina and Juventus are negotiating at present in order to try and bring Federico Chiesa to Turin, but our offer of players towards the fee has been rejected.

Gianluca di Marzio reports that we are in talks with the club as we work on balancing the books amidst a €60 Million transfer, and tried to offer Daniele Rugani and Mattia De Sciglio as makeweights in the move.

The club immediately rejected the duo, and instead called for Merih Demiral’s inclusion, which in turn was rejected by Juventus.

We will now have to look to other clubs raise the transfer fee, with the two offered above and Douglas Costa believed to be available for a move this summer.

Fiorentina are also working on other deals behind the scenes as they work on bringing in a potential replacement for Chiesa.

Di Marzio also stated that they are eyeing free agent Jose Callejon as his replacement, while they are also considering deals to sign forward Joshua King from Bournemouth and defender Martinez Quarta from River Plate in Argentina.

Both clubs will have until Monday to get their transfer dealings wrapped up, but both clubs appear confident that the transfer of Federico Chiesa to Juventus will happen.

It would have been nice to have our business wrapped up before having travelled to Roma at the weekend, and without the tough fixture in Napoli this weekend, but Chiesa will likely make his debut against Crotone after the international break.

All eyes will be closely on Fiorentina’s tie with Sampdoria tomorrow night, as the player could either be left out of the fixture or he could well be fielded to say his goodbye to the fans, which would be a huge inclination of how close the move is.

Do we expect the player to feature in Fiorentina’s fixture tomorrow night?

Juventus could be set for toughest Serie A challenge yet (Opinion)