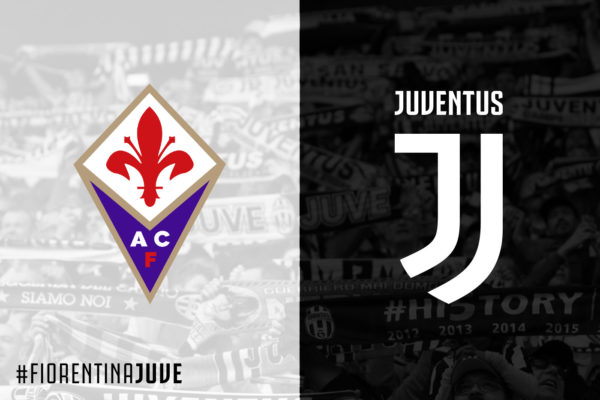 The Spezia game was too tight for comfort, and one has to wonder whether Juventus will ever get a wire-to-wire win when they don’t risk throwing everything away. Gettng early leads is a gift that should be exploited in better fashion. The squad has much more experience following the summer window, and hopefully it will lead to sounder game management.

The Bianconeri might be the only team where their strikers produce in spite of the strategy, rather than being enhanced by it. Free kicks are extemporaneous, and getting clean feeds to Dusan Vlahovic is the main issue, and also the solution to many problems. Luckily, he has a few tricks up his sleeve, which ends up concealing how lackluster the offense has been so far. It’s still early in the season; there are and have been meaningful injuries, Angel Di Maria and Filip Kostic have just joined, so the progression should come naturally if the gaffer just let the players cook without holding them back with an overly slow pace.

The management did get Leandro Paredes, although, as all the purchases by the Old Lady, he was more expensive than initially reported. The midfield needed a maestro, and his arrival will free Manuel Locatelli from the hellish role he has had since joining. Whether the Argentine is the right man for the job, it’s up for debate, as he doesn’t come in with the reputation of an Andrea Pirlo in his heyday, to make a grand example. The front office, the coach, and the player himself were very determined, so there’s everything in place for him to succeed.

After what quickly turned out to be a transitional season, mainly because Cristiano Ronaldo bolted late, the brass fully embraced the vision of Massimiliano Allegri, as the squad completely adheres to his requests now and all that comes with it. The responsibility for eventual poor results will land on his shoulders way more than in the past, and he no longer has the excuse of an ill-fitting roster. The absences or poor form of some players shouldn’t be an alibi.

It’s a tough break to see Denis Zakaria go after just six months, as he had just scratched the surface of what he could have brought to the table. It’s not great to treat players like trading cards. He could have been still useful since the return of Paul Pogba isn’t as close as his initial timetable suggested. But there are list-related and economic matters involved. Evidently, he was the only one to have offers, which are the unfortunate ramifications of Adrien Rabiot turning down the Manchester United move.

It’s interesting that the Juventus midfield is so beleaguered, and rightly so, but then its outcasts wind up joining Premier League powerhouses. Something doesn’t add up. Conversely, the departures open the doors to the youngsters, and Fabio Miretti is quickly turning from an intriguing prospect to a reliable, if not already essential, contributor. In the end, Nicolò Fagioli stayed, and he will have his opportunities. The reservations about Zakaria leaving are also a matter of traits and assortment. The equation between technical and physical options is off now, but it might lead to a better product.

Luckily Wojciech Szczesny’s ankle sprain isn’t too severe, and Mattia Perin is en fuego, so it shouldn’t be an issue. A last-minute search for a goalie would have likely produced a hilarious outcome. Adrien Rabiot is out with a knock, while Leonardo Bonucci is back but not fully fit.

The early results by Fiorentina have to be taken with a grain of salt because they focused on qualifying for the group stage of the European Conference League, and they have been rotating like crazy to keep everybody fresh. They have barely used their best XI, also due to a pair of key injuries. Still, other than a lucky win over Cremonese and a gritty nil-nil tie with Napoli, they haven’t had much to rejoice for domestically.

Besides the match against the Grigiorossi, their attack has sputtered, with both Luka Jovic and Arthur Cabral seemingly lacking conditioning. Vincenzo Italiano is still using his strikers the same way he utilized Dusan Vlahovic, with constant sprints and always toeing the offside trap. However, the Serbian, in particular, might not be totally apt for such a physically demanding style, as he seems to be more of a pure goal poacher that likes to receive balls in the box and take it from there.

Nicolas Gonzalez being out with a nagging heel injury has massively contributed to their woes because he’s their polar star. Riccardo Sottil and Christian Kouamé have gotten off to pretty good starts, but they are more complementary players than bonafide beacons. Given the circumstances, it’s not a surprise that they have looked toothless, or rather directionless, in the final third, as they have been missing their head honcho. This is where they could use Jonathan Ikoné living up to the hype that preceded his arrival, which has happened in very few matches so far. The Argentine is back for this one, although in less than pristine conditions.

They have been pretty surgical on the transfer market, mostly replacing those who left. They couldn’t keep Alvaro Odriozola and brought in Dodo, who has been handled carefully but has looked as good as advertised. Pairing him with Cristiano Biraghi provides a lot of zest. They are both excellent offensively and provide width, considering the winger generally cut back to either shoot or fill the box.

They failed to come to terms to retain Lucas Torreira, and they went in a different direction there, signing Rolando Mandragora, who’s more similar to Sofyan Amrabat, who flourished late last season. So they will always have a muscular anchor in the midfield, and the two can also feature together. In addition, it allows them to field two offensive-minded box-to-box if they want to. In that respect, the addition of Antonin Barak could be highly beneficial if he and Giacomo Bonaventura, who’s still pound for pound one of their top performers, find a way to co-exist without defensive drawbacks. That would be a lot of firepower, but the Italian veteran is out for this one due to the passing of his father. Youssef Maleh and Szymon Zurkowski are next in line and have similar traits, minus the experience and gravitas. A bulkier midfield with both Mandragora and Amrabat is also possible.

They went with Pierluigi Gollini on goal rather than with a super-duper option, which allows Pietro Terracciano to stay in the picture, and he has actually done better than the newcomer in the early going.

They still have the intensity and the courage that are the hallmarks of the coach’s style. They are bold and will try to go toe-to-toe with anybody, but it’s not reckless football because the vigor extends to the passive phase too. It’s very demanding, though. But if the strikers don’t produce, it can’t work in the long run, even though they will be nuisances to deal with in any given game.