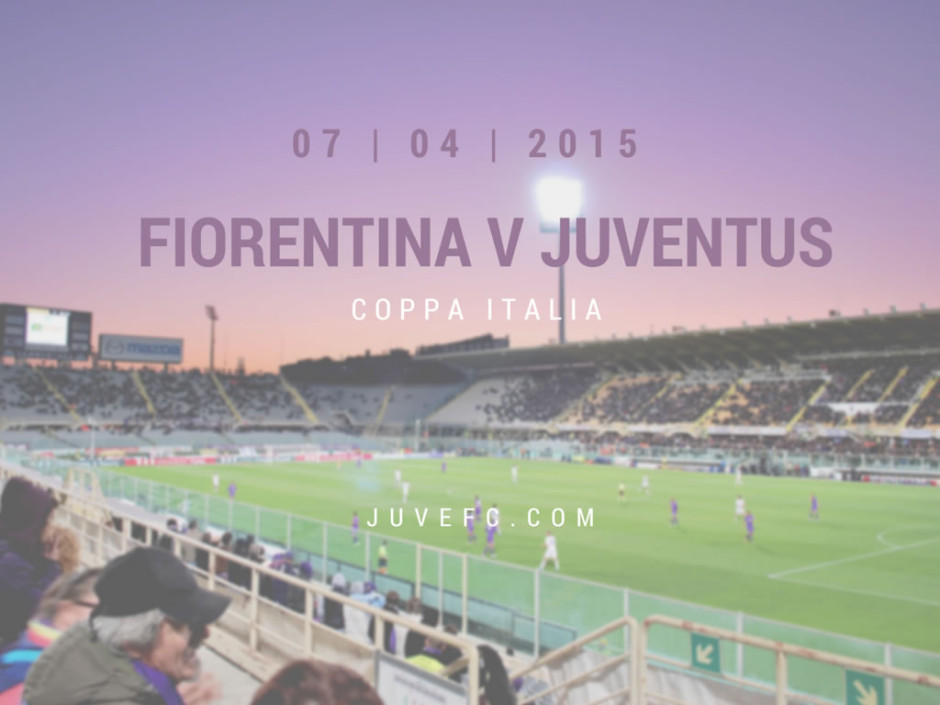 Claudio Marchisio returns to the squad as Juventus travel to Florence knowing they have to overcome a 2-1 deficit to progress to the final of the Coppa Italia.

Bianconeri coach Max Allegri confirmed that he’ll be playing 4 at the back in tomorrow’s game while also confirming that Marco Storari will start in goal ahead of Gianluigi Buffon.

Andrea Barzagli and Angelo Ogbonna both turned in solid performances against Empoli on Saturday, but Leonardo Bonucci has been Juve’s strongest defender this season and will probably start ahead of both of them. Having been rested at the weekend, Giorgio Chiellini should be fit and ready to play from the first minute, with Stephan Lichtsteiner and Patrice Evra playing in the full-back positions.

Claudio Marchisio is back in the squad so he may play at the base of the midfield three with Arturo Vidal and Stefano Sturaro alongside him. Roberto Pereyra was a goal-scoring sub at the weekend and his pace will be needed against a solid Fiorentina defence.

Carlos Tevez is the league’s top scorer following his superb free-kick at the weekend, and given his recent form, he’ll likely play alongside Alvaro Morata in attack.

Despite the “I Believe” campaign launched by the coach Massimiliano Allegri, the raw stats show that it will be very difficult for Juventus to eliminate Fiorentina in the second leg of the Coppa Italia semifinal. All year long, Fiorentina have been defeated only thrice at home: against Lazio (0-2), against Dinamo Minsk (1-2 in a meaningless Europa League game) and against Napoli (0-1). Fiorentina have had only two legit losses at Artemio Franchi this season and only once they have been beaten with a result that would allow Juventus to reach the coveted final. They have conceded twelve goals in 14 home games in Serie A, trailing only to Juventus, Roma, Sampdoria and Torino in that category.

Vincenzo Montella’s game plan will be the most interesting part of the fixture. Considering the result of the Juventus stadium match, Fiorentina don’t necessarily need to go for the dagger. They can wait and see, let Juventus have possession and strike on a counter using an artist of that craft like Mo Salah. However, this tactic isn’t exactly in Fiorentina’s style, as they like to have the ball and territorial dominance: being passive could be counterproductive for them.

As usual, Montella can go two ways as far as the scheme is concerned: 3-5-2 or 4-3-3. However, it’s more related to squad rotation and matching the option than it is about the attitude. Their key traits remain the same, no matter what. 3-5-2 is probably a safer formation for this one. The coach Vincenzo Montella said that Stefan Savic should be ready after a weird thigh injury and, along with Gonzalo Rodriguez and Josè Maria Basanta, he forms the best defense they can field and he’s more reliable than Nenad Tomovic and Micah Richards in the right CB spot. Of course, a little hiccup in the recovery in the final training sessions could easily keep him on the bench.

Montella will be forced to change things up in the midfield: David Pizarro and Milan Badelj have been the two go-to options in the deep-lying midfielder/pivot position, but the Croatian midfielder, who has been on a steady rise as of late, is suspended and the coach almost entirely ruled out Pizarro due to recent muscular problems. Next in line for that role is Alberto Aquilani. On Saturday, Mati Fernandez and Joaquin, who has been their primary, if not sole, choice at right wing back, rested and that’s one more reason to lean towards 3-5-2. Manuel Pasqual was left out of the squad before Easter because of bruised ribs: Marcos Alonso or Juan Manuel Vargas can take his place on the left if he’s not ready yet. Salah left the Sampdoria game a little banged up, but he’ll probably play through it. Khouma Babacar spent Saturday on the pine and he could be an interesting weapon with his explosiveness, but Montella has rarely renounced fielding Mario Gomez in important matches, especially in the cups. 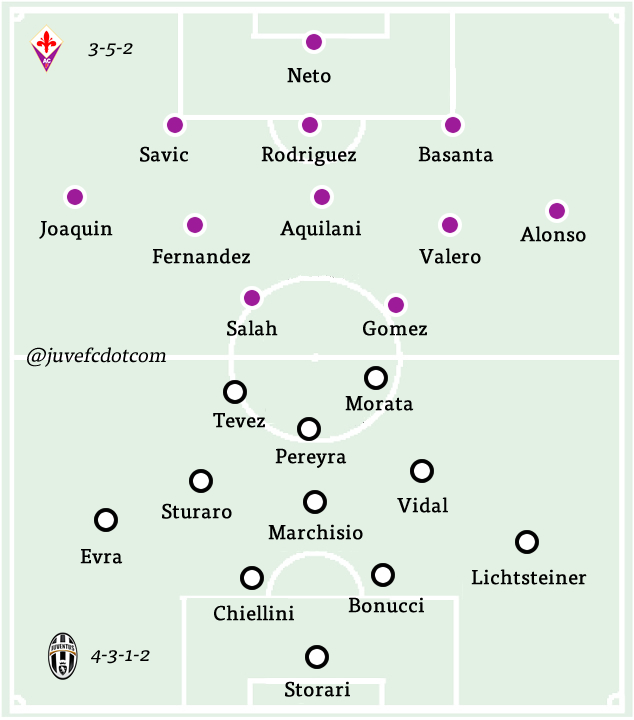