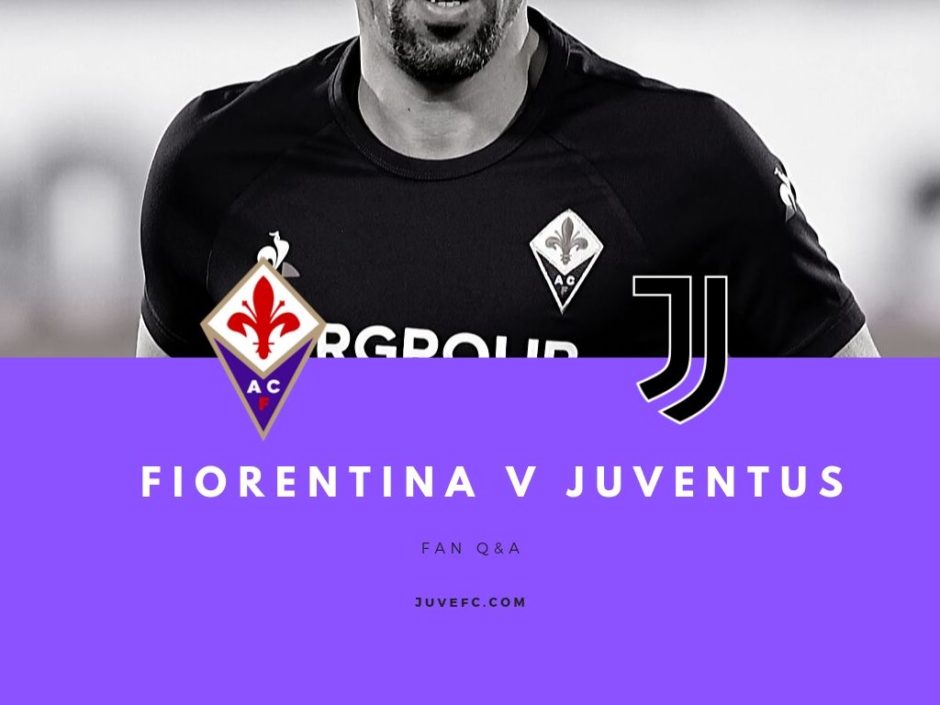 Juventus face a revitalised Fiorentina this weekend in Serie A – Ahead of their visit to Artemio Franchi, I put your questions to freelance football writer and Fiorentina supporter, Chloe Beresford.

1. What do you feel is the club’s long term plan with the new ownership? (and how likely is it to succeed?)

I think the plan is definitely to get the club into the Champions League, and I think given the inconsistency of some of the other sides fighting for that fourth spot, this is something we can expect to see in the not too distant future. As Atalanta proved, it only takes a side that are well-organised both on and off the pitch to reach those places.

2. What are your feelings on Federico Chiesa and the rumours about him wanting to leave this summer?

I think you could tell by his body language that he wasn’t happy, but Joe Barone seemed to have done enough to convince him. Rocco Commisso simply could not arrive at the club and oversee the sale of its most valuable player – he was in a difficult position. He may well leave in one or two transfer window’s time and that’s fine if the ownership are prepared to replace him with quality – something that the previous regime would not have done.

3. How do you feel about the changes this summer and the signing of the likes of Franck Ribery and Kevin-Prince Boateng?

Obviously the squad isn’t of the very highest standard just yet, but the players that were signed and sold show that the club is moving in the right direction. Some may think signing Ribery was just a PR thing, but actually he brings so much experience of being a winner that he will be invaluable in a side made up of a lot of youngsters. The fact Fiorentina could sign Ribery (a player who would never have even considered Fiorentina under the Della Valle brothers) illustrates that they have already made progress.

4. What are your expectations for the season ahead? Do you think Fiorentina can finish in the top 7?

Yes, they can definitely finish top 7, they just need some time to adjust to get all the new players working well together.

5. Are you confident in the  Fiorentina defence ? Will lack of experience in defence cost them ?

At the moment, no. I was disappointed to see Vitor Hugo leave in the summer, as I thought he was a valued member of the backline. I have faith that Vincenzo Montella will get the defence organised again, but the opening two matches showed that they are not quite working as they should just yet.

6. For you, do you think Federico Bernardeschi has regressed since coming to Juventus?

No way. He’s improved in every single way since joining Juve, from his overall play, his teamwork and decision-making, as well as his overall work ethic. He really has blossomed into a top player, something that could not be said while he was still at Fiorentina.

7. How would you define ‘success’ for Fiorentina this season?

8. Aside from Chiesa, which player is most likely to shine this season for La Viola?

I am really impressed with Erick Pulgar, who arrived from Bologna. He’s the kind of midfielder we needed and has already shown he is ready to make a step up.

9. How much time do you think Vincenzo Montella will get results from this team?

I think he will get at least another six weeks ago to get the balance right.

10. Do you think Commisso has a clear plan for the club in terms of long-term goals?

Yes, he has said that he wants to invest, and that has been a very clear and consistent message from the start. I think he would like to see Fiorentina challenging for league titles, but obviously that is a very long way from happening at the moment.

11. Your prediction for the game?

Higuain: ‘I wanted to stay at Juventus’