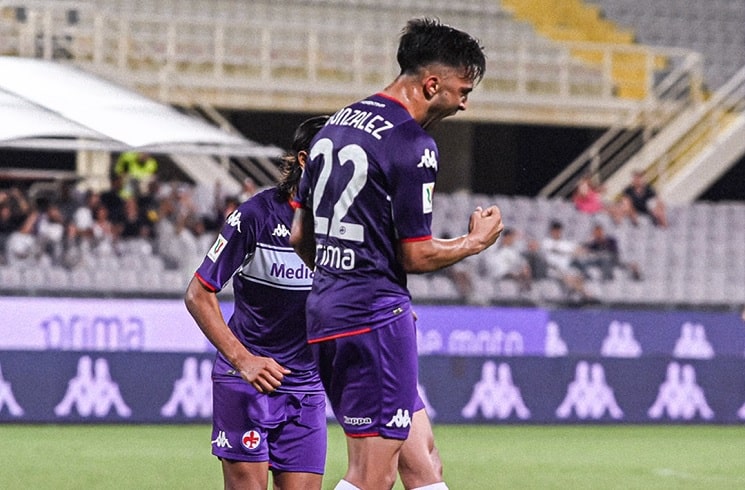 This weekend, Juventus will be hoping to build on the morale boosting victory against Zenit in the Champions League to begin climbing the ranks in Serie A.

Nonetheless, the Bianconeri will find formidable challengers in the form of Fiorentina who are enjoying a decent campaign under the guidance of Vincenzo Italiano.

The Viola will arrive to Turin for Saturday’s big clash, and will be led by the Old Lady’s transfer target Dusan Vlahovic who bagged a hattrick last weekend against Spezia.

However, Calciomercato expects Nicolas Gonzalez to remain missing as he’s yet to be cleared from Covid-19.

The Argentine was one of the most expensive transfers in what was a poor Serie A Mercato, as he made the switch from Stuttgart to Florence for around 24 million euros.

The winger has thus far missed the his side’s last two fixtures against Lazio and Spezia, and he’s unlikely to get medically cleared before the encounter against Juventus.

The source expects Fiorentina to make just one change from the starting lineup that won last weekend, with veteran José Callejon stepping up to replace the young Riccardo Sottil on the right wing, while Vlahovic and Riccardo Saponara complete the attacking trident.

Gonzalez is undoubtedly a talented winger, but Vlahovic remains the main danger that will threaten Max Allegri’s backline this Saturday.

Moreover, the likes of Callejon, Saponara and Giacomo Bonaventura are all enjoying a positive run of form.

Pogba & Juventus courting each other as midfielder tells Raiola his priority

Video – ESPN pundits analyze whether or not McKennie is the most in-from USMNT player?