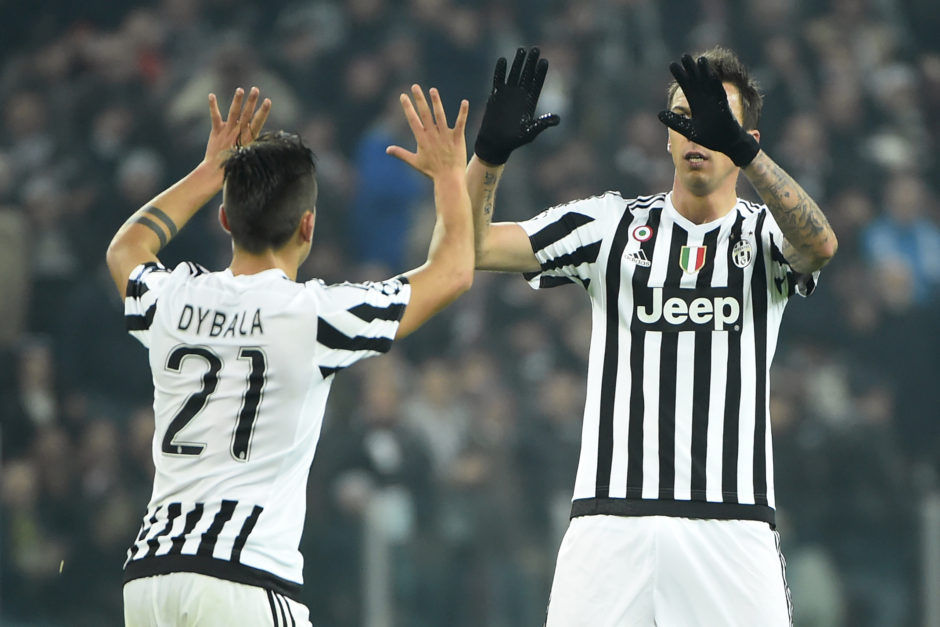 Five contenders for Juventus’ goal of the season

With the summer transfer market about to open and Euro 2016 approaching fast, it’s time to look back at Juventus’ amazing 2015/2016 season.

The Bianconeri scored 75 goals on their way to the Scudetto, but which goal was the best one of them all? I picked five contenders for Juve’s goal of the season!

On October 25, Juventus beat Atalanta 2-0 for only their third win of the season at that point. The Old Lady were still struggling but they showed a glimpse of what was about to come when Mario Mandzukic scored Juve’s second goal just after the break. A vertical pass by Claudio Marchisio, a touch of genius by Paul Pogba and a great cross by Paulo Dybala… Goal! A gorgeous attack by the Bianconeri.

Despite beating Atalanta, Juve suffered a 1-0 loss at Sassuolo. The Turin beast only woke up one game later. During the Derby della Mole against Torino, Pogba opened the scoring in the 19th minute of play with a stunning volley. Juan Cuadrado provided the assist, with Dybala leaving the ball for Juve’s number 10. POGBOOM!

However, Pogba’s volley was cancelled when Cesare Bovo equalised for Torino. The Juventus fans had to wait until the dying seconds of the game to witness another goal by the Bianconeri. A touch of class by Pogba, a solid decision by referee Gianluca Rocchi to not blow his whistle for a foul on Hernanes, a perfect cross by Alex Sandro and the Colombian was there to hit the game winner, which started Juve’s historical winning streak.

After winning 14 Serie A games in a row, Juventus host Napoli for a battle at the top of Serie A. It wasn’t a great game to watch but the Bianconeri came away with the win and jumped to first place in the standings for good. Simone Zaza scored the game’s only goal with a huge hit from outside the box just two minutes before the final whistle.

At this point in the season, Juventus were clicking on all cylinders. Dybala had established himself as the Bianconeri’s key players and was sitting at 13 goals, among them the game winners against Milan and Roma. However, the Argentine wasn’t done and scored his best goal of the season in a 1-0 revenge win against Sassuolo. Dybala set up a two-man attack with Cuadrado and finished it with a magnificent curling shot.

Here is Juve’s own top 10 selection: