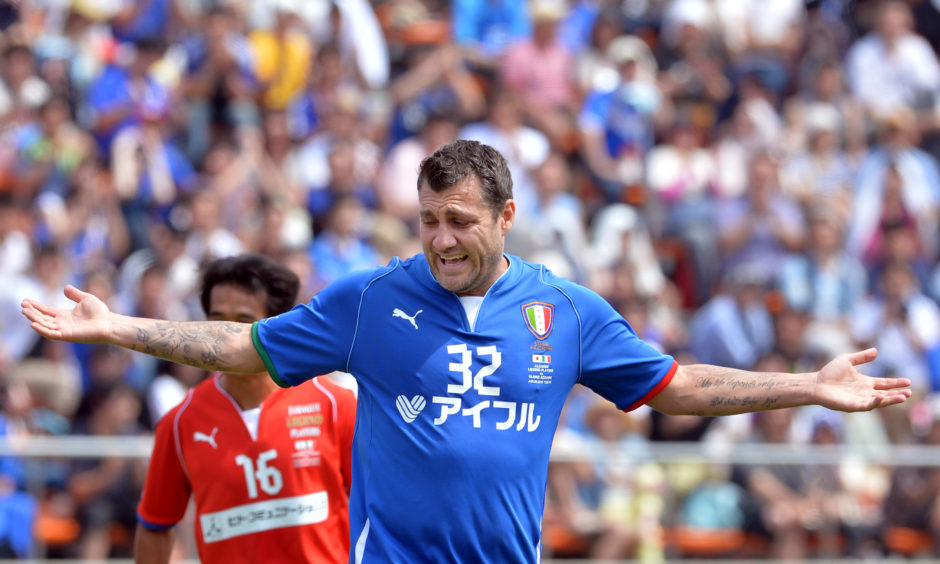 Former Inter Milan striker, Christian Vieri has predicted that the Nerazzurri will beat Juventus when both teams meet in Serie A tomorrow.

Juve has had a poor campaign and they have to win their remaining league games now if they are serious about ending this season in the top four places.

They have just two more league games and one is against Antonio Conte’s newly crowned champions.

Inter were eliminated from the Coppa Italia by Juventus, but they beat the Bianconeri in the reverse of this fixture earlier in the year.

They are now looking to become the dominant team in Italy for the next few years as Juventus has done for the last decade.

Despite having already won the league title, Inter has remained in fine form and they will visit Juve on the back of a four-game winning streak.

The champions have nothing to play for, while Juve has to win the game, but Vieri still thinks the Milan side will win.

He said on his Twitch channel via Calciomercato: “For me Inter will win in Turin.”

On Juventus’ future, he added: If you don’t play the Champions League, Ronaldo will go away 100%. Apart from the financial, many will leave.

“They don’t go to the Champions League here, it’s an important failure. Many players will leave. “