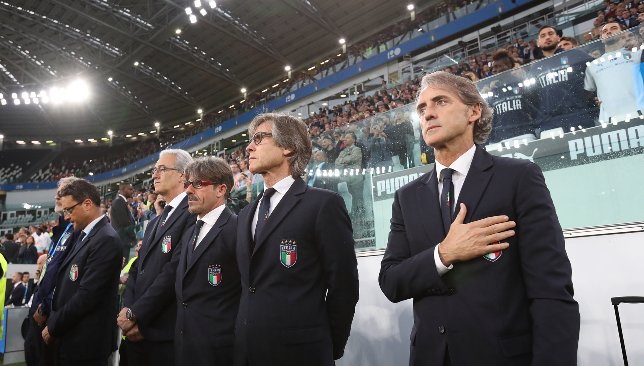 Italy and England are going head-to-head in the Euro 2020 final this Sunday, and former Juventus and Azzurri boss Antonio Conte believes he knows the best way to get at Gareth Southgate’s side.

Conte is currently out of work, having fallen out with the Inter Milan hierarchy despite leading them to glory in Serie A last season, and appears to be open to having time out of the game as he awaits the right role to move into next.

He was believed to have been close to joining Tottenham in North London, before talks broke down, and while he was believed to be in the running for the Real Madrid job also, it was Carlo Ancelotti who was brought back into the fold instead.

While Conte has plenty of time on his hands at present, he has been eyeing up Italy’s next opponents England ahead of the upcoming finale, and he believes he has pinpointed where we can get at them.

“In the middle of the park they have two very physical midfielders in [Declan] Rice and [Kalvin] Phillips, capable players who bring balance but very few vertical passes, often going for the easiest option,” Conte explained in his column for La Gazzetta.

“One of England’s weak spots is that, if their defence is pressed when building from the back, they aren’t as good as Spain at escaping their opponents’ press. But if you go after them with ultra-offensive pressing and they do escape, then watch out for their pace up front.

“Again, this is when the [Italy] players must show their experience at reading the various moments of the game.”

Conte certainly is admitting that doing this could leave our side under threat of being weaker at the other end, which could well be a huge risk in such an important match, but done right, this could well be the key to unlocking the strongest defence of the tournament thus far, with England having only conceded once since the start of the competition.

Will Italy need to stick to their own gameplan and play to their strengths, or should they take the more risky option of opting to press the English?

Juventus urged to regroup and find success despite points deduction