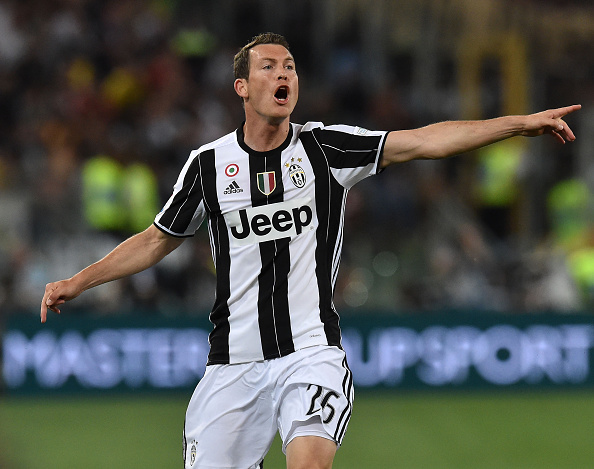 Stephan Lichtsteiner spent the best part of his career plying his trade in Serie A.

The Swiss right back joined Lazio in 2008, before earning a move for Juventus in 2011, where he remained until his transfer to Arsenal in 2018.

With his former two clubs set to clash heads on Saturday night, the 37-year-old is the perfect man to offer his views on the upcoming clash.

Therefore, Lichtsteiner told his story between the Italian capital and Turin in an interview with La Gazzetta dello Sport (via ilBianconero).

” Juve-Lazio is the challenge of my career. In Rome I lived splendidly and met some special people. In Turin I celebrated seven league titles, I learned the culture of victory and met friends that I have been unfortunately unable to meet for more than a year, and I hope to embrace them soon enough.

” I expect the match to be intense and tough, as both teams are under great pressure. Juve must win to continue dreaming of the Scudetto, whilst Lazio are battling for a Champions League spot,” added the recently retired defender.

” Sooner or later the season reaches a stage when things don’t go too well and then there have been many problems between injuries and positive Covid-19 cases.

” However, The Bianconeri are still in the running in all competitions, while Inter have only the championship, and that is a big difference. I don’t see Juve in crisis, they are simply opening a new project in the midst of many difficulties.”

The Swiss also gave his views on his former teammate Andrea Pirlo who currently manages Juventus.

” Andrea is courageous and futuristic, in the sense that even if he does not win the Scudetto this year, he is building the foundations to succeed next season. It takes time, the important changes cannot be processed in a few months. But I’m sure he’ll eventually do very well. ”

Finally, Lichtsteiner gave his predictions on Saturday night’s encounter, believing that Juventus would win in a 2-1 result.

Three Lazio players that Juventus should look out for