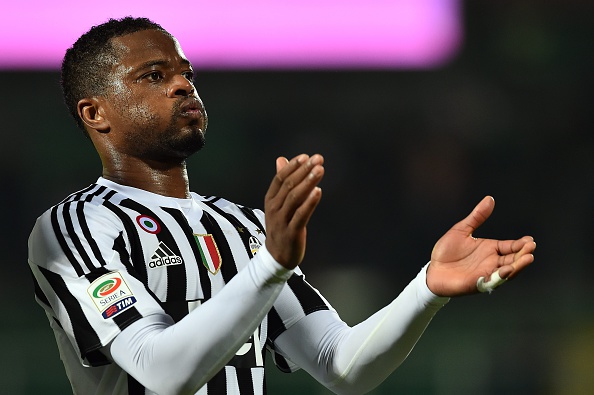 As noticed throughout his playing career and beyond it, Patrice Evra is not one who’s afraid to make a big statement.

The Frenchman is a former Manchester United captain who also had a spell at Juventus between 2014 and 2017, before ending his career with short stints at Olympique Marseille and West Ham United.

The retired left-back remains close to the Bianconeri, and is a popular figure amongst the fans, especially due to his fun antics on social media.

However, the former Monaco man wasn’t in a pleasant mood at all when directing serious accusations towards France Football, the famous French magazine who organizes the Ballon d’Or award every year.

Like many, Evra felt that Robert Lewandowski should have won rather than handing Lionel Messi his seventh golden ball.

But the 40-year-old’s most controversial comments were reserved for the Yashin award.

Gianluigi Donnarumma was crowned as the best goalkeeper in the world at the expense of Chelsea’s Edouard Mendy, and the former Juventus defender accused the organizers of racial discrimination towards African players.

“You know, Mendy is African, we are the ‘monkeys’ and nobody respects the African Cup. It’s the only continental competition in which a player leaves the club only for three weeks because Africa always has little space. But things will change,” said Evra in a video published on Instagram as reported by ilBianconero.

Racism remains one of the most haunting topics for the sport. However, this sounds like a premature accusation form Evra’s part.

Donnarumma and Mendy both enjoyed stellar campaigns and ended up winning the biggest two trophies of the year – Euro 2020 and the Champions League.

It’s hard to tell which one deserves the award more, but it doesn’t feel like a robbery in neither case.

Perhaps the Italian’s move to Paris over the summer gave him a slight advantage with the organizers, similar to Messi’s case.

Soulé relishes his Juventus debut, but the fans were displeased with Allegri’s decision

Video – On this day, Bentancur, Chiellini and Ronaldo led the way in Florence