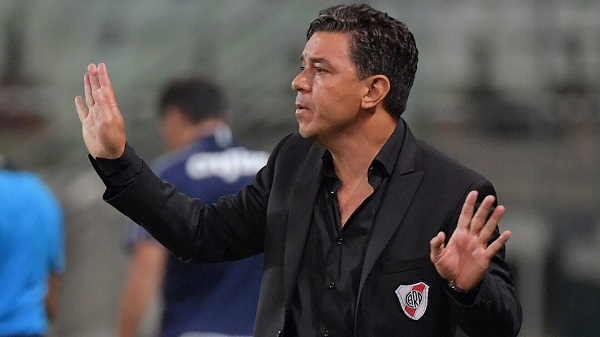 The former striker was speaking about the impressive Argentinian manager who has just led his current team to yet another trophy.

Managers have moved from South America to Europe and achieved success, and Trezeguet believes Gallardo has what it takes to move to the continent and impress.

The ex-France star said via Calciomercato: “One of the clearest examples was Zidane. He was in Castilla and when Real Madrid had him promoted to lead the first team he had the managerial personality to prove he was a capable coach. Marcelo would have no problem managing a team and a club of this magnitude.”

Max Allegri could be set to remain the manager of Juve for the next few seasons, as the club has gone through too many managerial changes recently.

However, that is subject to the performance of the team under him.

Juve could decide that his return hasn’t been good enough and sack him.

Gallardo’s River Plate plays an exciting brand of football that has helped them dominate their continent.

He could bring that to Turin and win the fans over. If the results are also better, he might stay on the Bianconeri bench for a long time.