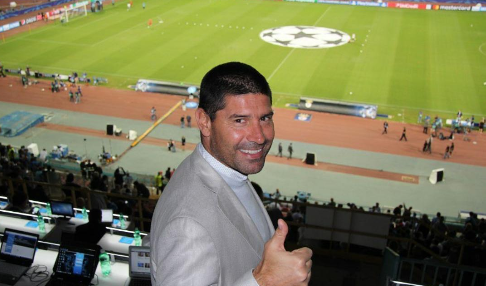 The Bianconeri are one of the top clubs in the world, but they are struggling now.

Max Allegri won five league titles during his first spell at the club, but his return to the bench has not been as successful as he would have expected.

One reason Juve fans have accepted him as their manager is that he wins trophies.

However, not many of them appreciate how his team plays, and now that they cannot win trophies anymore, he is under-pressure to leave his role as the club’s manager.

Sosa insists Juve simply does not play a good style of football.

“Do you think the Bianconeri play well? I got confused: I saw the match against Bologna and I didn’t know if I was watching Juventus or Juventus. Atalanta.

“Both teams play mainly on the restart. They say that Massimo Allegri lacks many players and it is true, but last year when did you see the good game of the Old Lady? Nobody plays better than Napoli “.

We know not many people appreciate how the team plays under Allegri.

However, in football, the most important thing is winning trophies, and he has done that throughout his career.

If he can get this team to win some more, everyone would forget about how Juve plays.