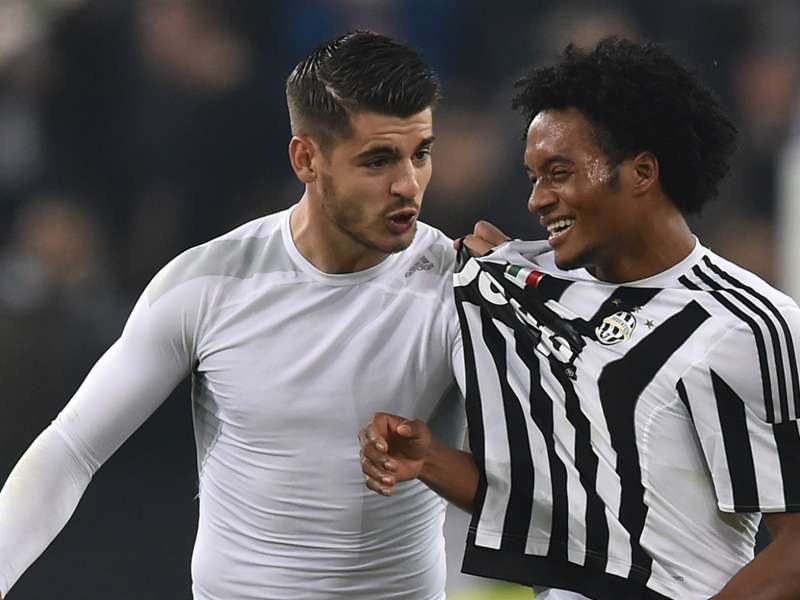 Yesterday, Juventus had to grit their teeth on their way towards their first Serie A win of the season. Moise Kean’s first half lead was squandered as the team conceded twice. However, goals from Federico Chiesa and Matthijs de Ligt saved the day.

Prior to the match, Max Allegri opted for a partial rotation, with several first-choice players being handed a rest. Nonetheless, we can expect a more familiar starting lineup for Sunday’s clash against Sampdoria.

According to Tuttosport via JuvenusNews24, four players will surely return to the starting formation when the Bianconeri host Roberto D’Aversa’s men.

The names mentioned in the report are Alvaro Morata, Manuel Locatelli, Alex Sandro and Juan Cuadrado. With the exception of the Colombian, these stars took part in the second half against Spezia as the team was chasing the win.

On the other hand, Chiesa’s availability remains uncertain after leaving the pitch in the second half. The Italian felt his flexor hardening once again and asked to be taken off.

The source adds that Leonardo Bonucci is expected to take some rest, so we can only presume that Giorgio Chiellini will start alongside de Ligt against La Doria.

For their part, Paulo Dybala and Adrien Rabiot have been playing regularly, and the report expects them to be rested sooner or later, with the likes of Federico Bernardeschi, Aaron Ramsey and Weston McKennie pushing for a starting spot.

Wojciech Szczesny should be confirmed in goal, meaning that Mattia Perin will have to wait a little longer for his first start of the campaign.