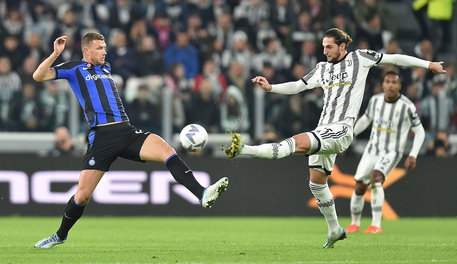 Last weekend, the 13th round of Serie A featured three top clashes. Napoli extended their lead on top with a slim yet valuable win in Bergamo, while Lazio only needed one goal to settle the Derby della Capitale.

However, it was Juventus who arguably registered the most impressive result of the matchday as they emerged victorious over their arch rivals Inter with two unanswered goals.

Calciomercato took notice of the Bianconeri’s encouraging display, picking four of Max Allegri’s players for the ideal formation from Serie A Round 13.

Filip Kostic was easily the man of the match with his two assists and overall vibrating display on the left flank, so he surely made the cut.

For his part, Adrien Rabiot snatched first goal of the match and put up a dominant shift in the middle of the park.

Moreover, Bremer and Danilo join the formation thanks to their solid performances at the back.